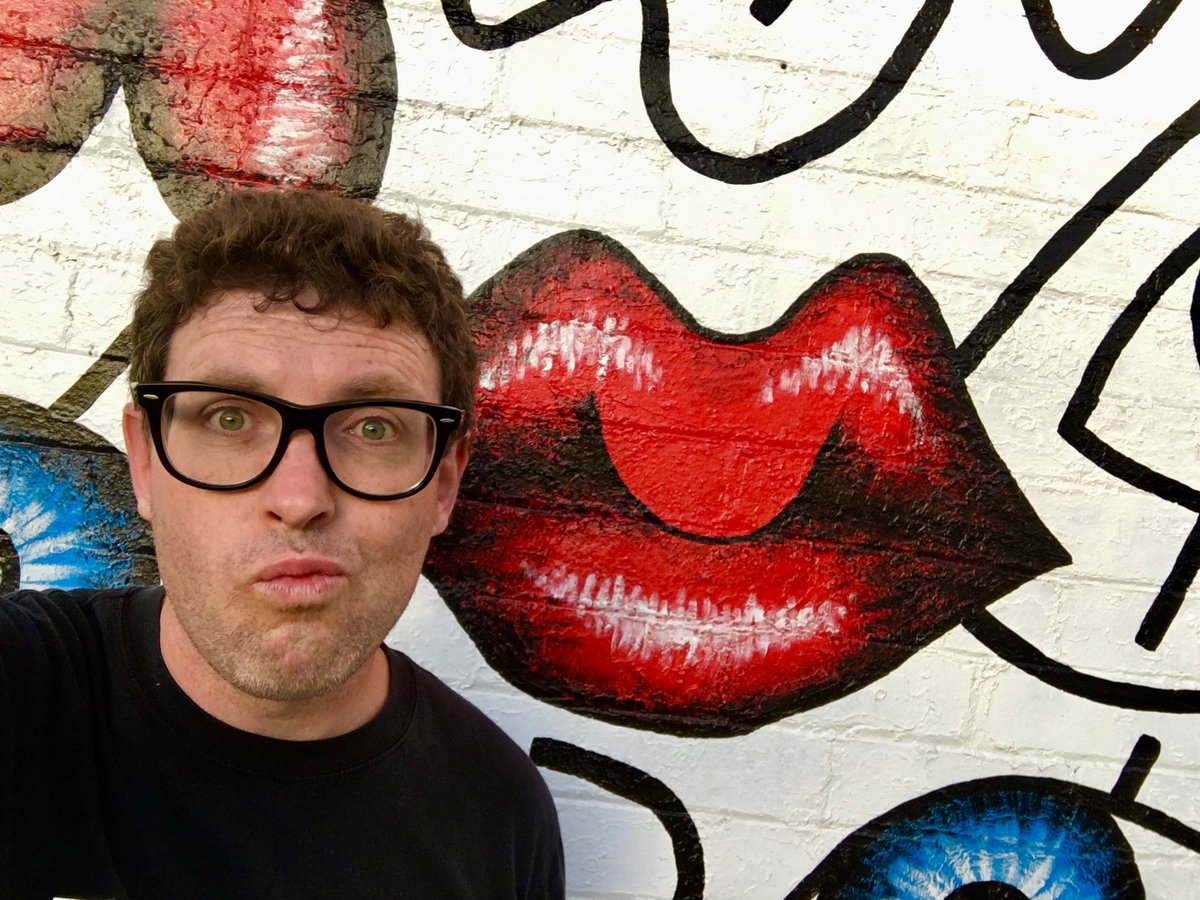 Dan P. is the songwriting force behind St. Louis ska-punk band MU330. He has released close to 25 full length albums of his own material, between MU330, The Stitch Up, Dan P. and The Bricks, Sharkanoid, and his solo material. He also tours in the Bruce Lee Band and the Jeff Rosenstock band.

When I think of ska, one of the first names that comes to mind is Mike Park. You might know him as the founder of an iconic label called Asian Man Records; a venture he has operated out of his mom’s garage for over 25 years, helping break bands like Alkaline Trio, Less Than Jake, and The Lawrence Arms. You may also know of his work as a brilliant singer, songwriter, and performer who has played in bands like Skankin’ Pickle and The Chinkees.

As of late, Mike Park has returned to his role as frontman of The Bruce Lee Band, a project which had been mostly dormant since its 1995 self-titled debut LP. In 2014, Park revived the band seemingly out of thin air with Jeff Rosenstock‘s help, releasing a ska-punk masterpiece titled Everything Will Be Alright, My Friend. And while I’m sure following up an excellent album like that can be a daunting task, the Bruce Lee Band’s all star lineup passed the test with flying colors on 2022’s One Step Forward. Two Steps Back.

The band’s new record boasts a 12-song track list ranging in style from bouncy keyboard infused two-tone songs like “Did You Find the Money Farm”, “So Nice for Me and You”, and “Dance Dance Revolution”, to up-tempo anthems in “Lie Big and Do it Often”, “Putting Up With All My Crazy”, and “I’ll Feel Better”. This is a quintessential ska-punk album that will have you skanking from start to finish if your stamina permits. I loved the last Bruce Lee Band record, and I can say with confidence this one will be staying in my regular rotation for a while.

Mike Park’s soothing baritone voice sounds as great as ever, and after all these years, he still has quite the knack for writing great choruses. His All Star caliber backing band featuring Rosenstock on bass, keys and the saxaphone, MU330‘s Dan Potthast on guitar, and former Chinkees bandmate Kevin Higuchi on drums delivers the goods as well. There is not a skippable song to be found on this record. Keep an eye out for One Step Forward. Two Steps Back. on plenty of “Top 10 Albums of 2022” lists; it has definitely earned a spot on mine.

Listen to One Step Forward. Two Steps Back. below, and head over to Asian Man’s webstore to grab the LP.

Hello, friends! Welcome to the latest installment of the Dying Scene Record Radar. If you’re new here, thank you for joining us! This column provides a weekly round up of all things punk rock vinyl. We highlight the new releases, as well as those ultra limited reissues that get the collector nerds’ hearts racing. Open up your wallets, fire up your Paypal account, and let’s get into it…

Danzig‘s 6:66 Satan’s Child is getting its first official pressing since 1999. Cleopatra Records is handling this reissue, and there’s a bunch of different variants (some with the uncensored version of the cover art) available on their webstore (sign up for their mailing list and save 10%). Pay up, people! Glenn needs to stock up on kitty litter.

Fat Wreck Chords has announced European festival exclusive variants of some of their classic releases, including Good Riddance‘s For God and Country, No Use For A Name‘s Making Friends, and Swingin’ Utters‘ A Juvenile Product of the Working Class. The only place in the entire world these will be available is the label’s merch booth at SBAM Fest, Brackrock Festival, and Punk Rock Holiday. Think of it like an Easter egg hunt, but much more expensive! Follow Fat on Instagram for more info.

Keeping their recent hot streak alive, Epitaph Records is back at it with even more reissues! Up first is NOFX‘s White Trash, Two Heebs, and a Bean, which turns 30 this year. They’re pressing TEN new variants of the fuckin’ thing. Links to where you can purchase all of these can be found here.

Also from Epitaph: some new pressings of Dropkick Murphys‘ Do Or Die and Blackout, both on white vinyl. These are limited to 500 copies each, and are only available on their European webstore.

And their third and final reissue this week is a 25th Anniversary edition of the Refused album Songs to Fan the Flames of Discontent, featuring bonus tracks and demos. This is available as a clear 2xLP on their webstore. There’s also an Indie Exclusive blue variant; hit up your local record store for that one.

Knock knock! Who’s there? Another god damn reissue, that’s who! This is a really good one though. It’s the Angry Samoans‘ classic Back From Samoa. You can grab this one on green vinyl from Puke ‘N’ Vomit Records, or from Garageland if you like you’d rather have an orange plastic disc.

Surprise! Here’s another new pressing of an old-ass record. The Vandals reissued 1988’s Slipper When Ill (also known as their country album) on red marble vinyl, available through their Bandcamp page. I’m not big on this one personally, but hey, maybe it’s your favorite Vandals record. If that’s the case, I urge you to seek professional help.

Okay, these are the last of the reissues… I promise. Psychobilly icons Reverend Horton Heat are repressing their first three LPs on colored wax. Due out on September 9th, this is the first time these records have been in print since their initial release in the early 90’s. Get ’em here.

Finally, some new music! MU330 frontman Dan Potthast has a new solo record out, and as the title suggests, it’s pretty good! Each LP has a unique outer sleeve, hand made by Dan P himself. You can give the album a listen below, and grab it on vinyl on his Bandcamp.

Next up we have another solo album, this time from former ALL frontman Scott Reynolds. Chihuahua in Buffalo is his first solo acoustic release, and it’s quite enjoyable! This came out on CD/digital last year, but Thousand Islands Records is now releasing it on vinyl. Listen below, and go here to get the wax.

Something To Do Records has announced a new After School Special LP titled Lost Episodes. For those who are unfamiliar, this was Enemy You frontman David Jones’ (RIP) original band. This release will be available to preorder on the label’s webstore starting Friday, July 15th.

And last but not least, Less Than Jake just released a new single titled “Fat Mike’s on Drugs (Again)”. The song is great, and it’s getting a physical release as a flexi disc. Watch the music video below, and preorder the flexi here.

Well, it’s getting late, so I’ll wrap things up. If you’re still reading this for some reason, thank you once again for tuning in to this week’s edition of the Dying Scene Record Radar! Is there a new record you think should be highlighted in next week’s column? Suggestions are always welcome – send us a message on Facebook or Instagram and we’ll look into it! 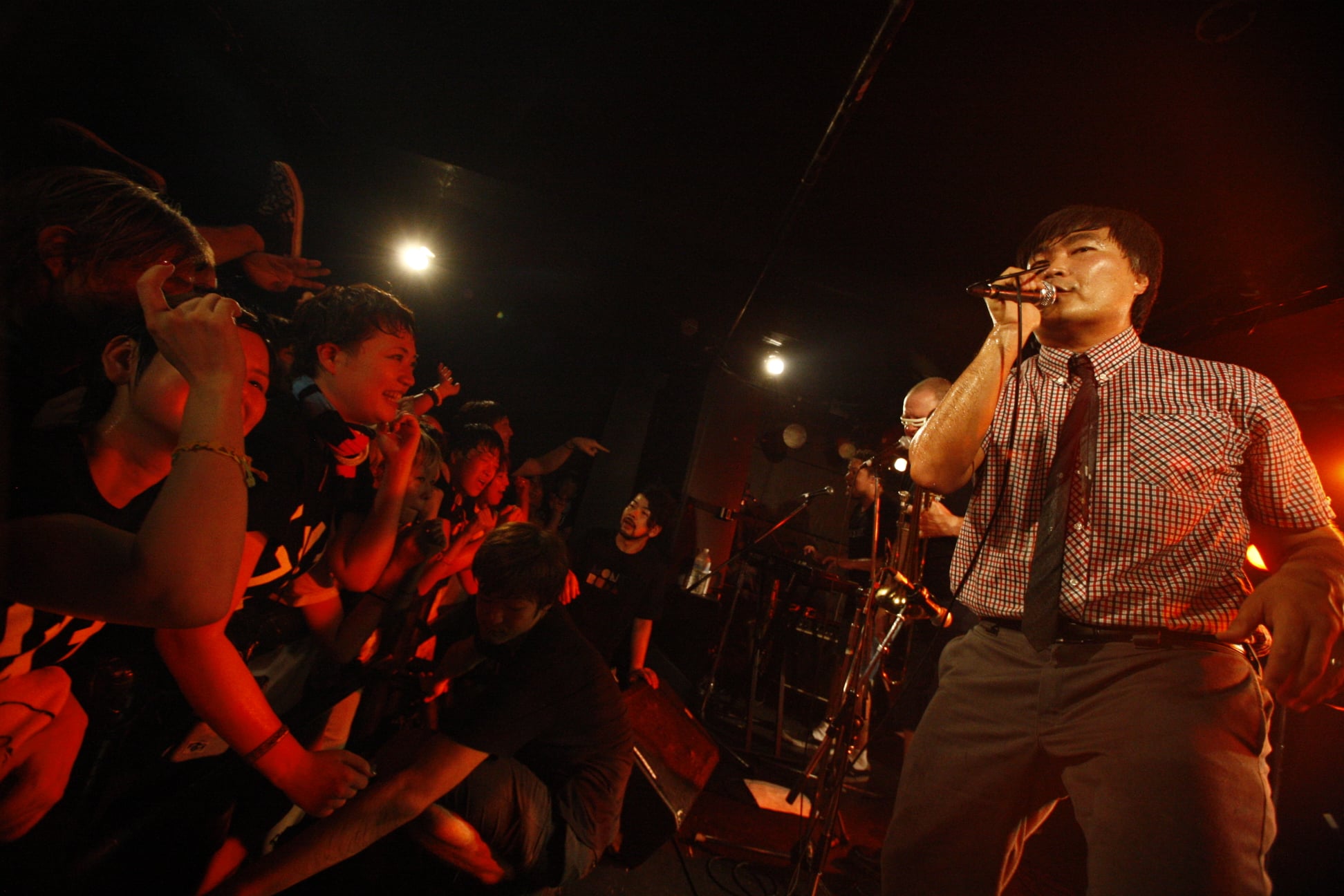