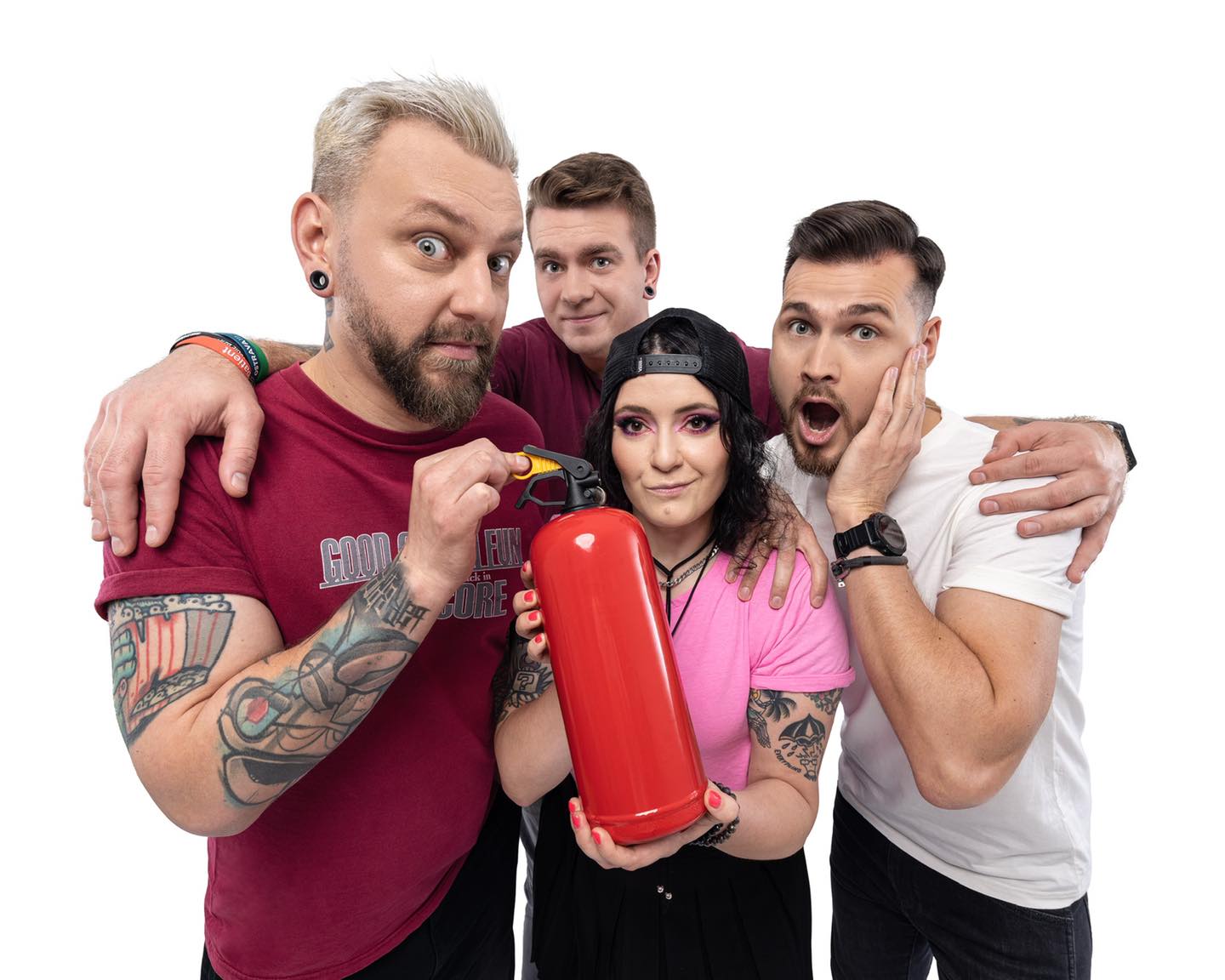 Cios (Polish for punch), formed in 2011 in Khmelnytskyi in Ukraine. Formed from members of a folk/ska/punk band. Gigs in neighboring countries preceded their first release, followed by a line up change due to emigration of the singer to Poland.

Dying Scene is fired up to bring you another exclusive video premiere, and it comes to us straight outta Krakow! That’s right, Polish punks CF98 are back and they’ve got a video for the new track “Plot Twist.” The song is a ball of frenetic energy, and it is the latest single of the band’s forthcoming album This Is Fine, which is due out next month on SBAM Records. Here’s what the band had to say about the clip:

“Plot Twist,” a second single out of upcoming This Is Fine’ album is a short, fast and energetic one minute song. Have you ever thought about dropping the pressure of being perfect and a good character for everyone in your life? Yep, For some reasons, for some other people we will never be perfect and that’s ok, that’s fine. Even if 10 people will tell the same story about you, you might be a villain in one, you could have done something better or in a different way. Sounds familiar? For us yes, that’s why there is no point in perfection. The video is totally DIY, recorded at home and produced by our guitar man Mati.“

Check out the video below! 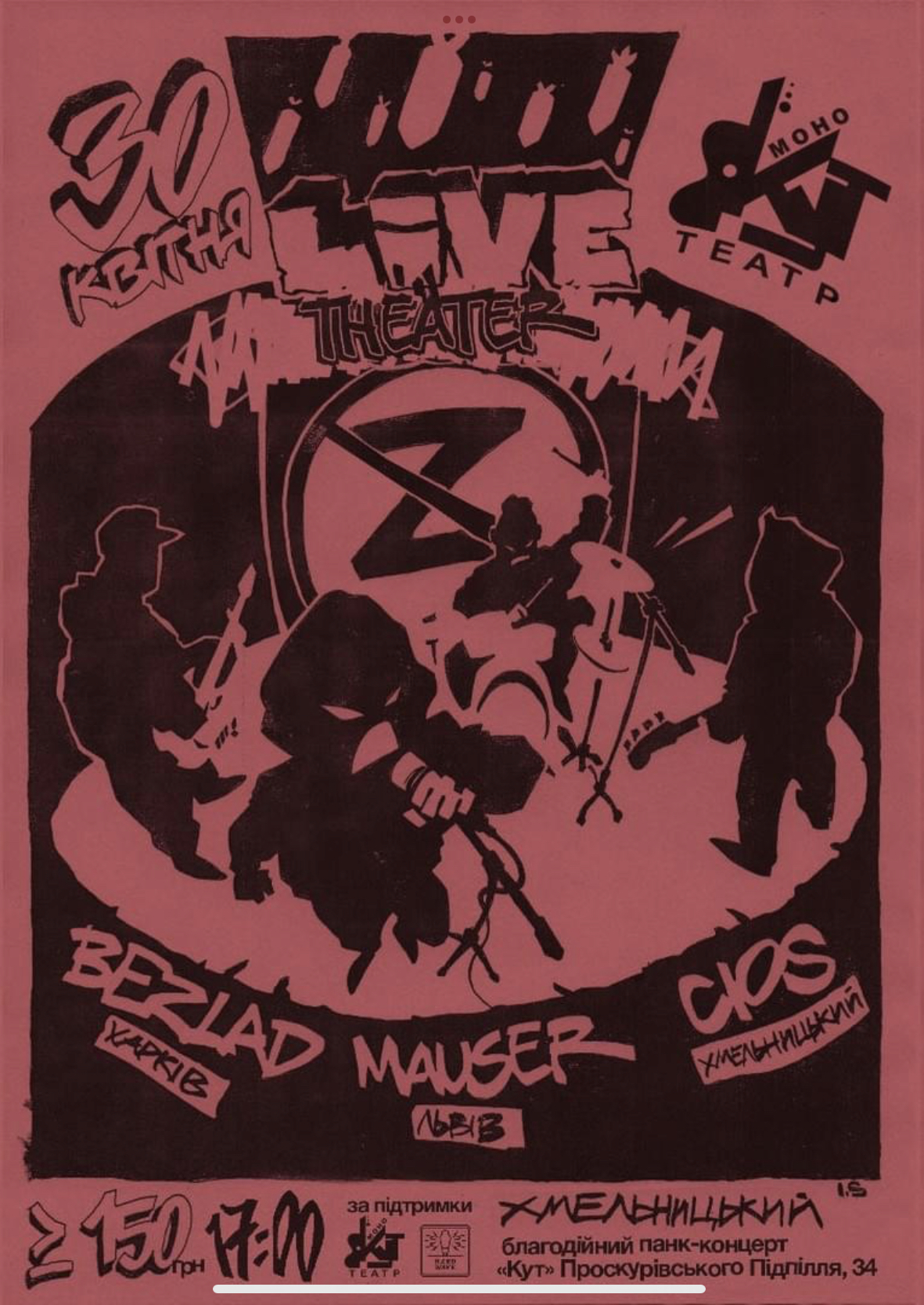 After the birth of my children I found, as many do, that my social circle changed as did my activities. Gigs, festivals and club nights were replaced with baby groups, cafes and play dates. I’m not complaining, it’s an inevitable part of being a parent but I confess, I got lazy.

Listening to the same old bands, never branching out, never putting time into new artists. I was tired, I didn’t have the energy to spend on new music and when I did get the chance to enjoy music (mostly limited to in the car) I wanted an instant, familiar hit. I didn’t have time to waste on something that might not satisfy my needs.

As my kids get older, I’ve invested time and effort in catching up. There’s been a lot of great bands come and go over the last ten years, and playing in my own band has opened me up to whole genres of punk, where old guys like me feel safe.

On this musical journey I discovered that the type of punk that I like (the sing along, street punk, skin head music) is popular across mainland Europe, and there are many great bands currently delivering this style of music. Away from the “mainstream” of Spotify and YouTube, Bandcamp has been a great asset in discovering new bands, searching by country, as has the radio shows of punk n oi worldwide.

Cios (Polish for punch), formed in 2011 in Khmelnytskyi in Ukraine. Formed from members of a folk/ska/punk band. Gigs in neighboring countries preceded their first release, followed by a line up change due to emigration of the singer to Poland. At this point, Punk Rat took on vocal and guitar duties, Ruslan was drafted in on bass and Vadik continued on drums. January 2014 saw the release of an eponymous album and the superb 8 track album, Streets on Fire. 4 further releases bring us up to 2021’s Pain. Abuse. Dirt, 23 minutes of slightly different sounding tracks to earlier work, with more of a garage rock sound, opening track “Defector” has a feel of The Hives at their prime, and title track “Pain. Abuse. Dirt is a dramatic soundscape, leading into penultimate track “Everyday life”.

All releases are available on their Bandcamp Page with money going directly to Ukrainians affected by the Russian violence.

Bezlad (it means derangement according to Google!) hail from Kharkiv, which if you follow the news on what’s happening in Ukraine, has been a hot point for the violence. The band had a recent tour derailed by failing to gain permission from the ministry of culture to leave Ukraine. Since the start of the combat, most men aged 18-60 are not able to leave the country without permission, and sadly this was declined.

2019 saw Bezlad release a debut EP “Kharkiv Hardcore Skins”, four tracks of blistering street punk, and the eponymous track has an excellent video capturing some of the energy of the punk scene Bezlad are a part of. Grab the EP here.

Beton (Concrete) released a cover of The Clash’s “London Calling” reimagined as “Kyiv Calling”. Wide publicity for the band raised suggestions of fascist leanings as a member of the band was pictured in a T-shirt depicting Stepan Bandera, a Ukrainian nationalist who collaborated with the Nazis during WW2. Guitarist Andriy Zholob was quick to deny the allegations and described Beton as being an anti-fascist band and released a statement condemning fascism and trying to explain the complexity of the history of Bandera, and why his nationalism is often seen by Ukrainians as a symbol of their independence and strength.

Despite playing together for 12 years, this group from Lviv didn’t form as Betonuntil 2017. Playing hardcore punk of the more classic style than the modern growl sound, I’d perhaps describe them as more street punk style if I’m honest, with singalong choruses and shouted verses. Either way, it’s catchy, and I have no doubt superb when played live in sweaty basements and dive bars. Head over to their Bandcamp page for more!

Stinx, from Kyiv are more of an old school punk rock band, formed in 2005, they have seven releases, all available on Bandcamp. The first thing you’ll notice with Stinx is that they sing in English, making their music immediately more accessible to western audiences, and lyrically they’re strong, tackling the usual punk topics of alienation, anger and the love of punk rock.

The above bands are just a tiny taste of the quality music coming out of Ukraine over the last few years, and it is important to remember that when all this is over, these bands, these people will need our support to rebuild and provide hope and distraction for the punks living in Ukraine. Punk brings people together, and those that have lost friends, family, band mates, instruments, venues and practice spaces will need the support of the international punk scene to rebuild and come back harder. If a recent gig featuring Bezlad, Cios and Mauser, performed in a bomb shelter is anything to go by, these bands won’t be held back!