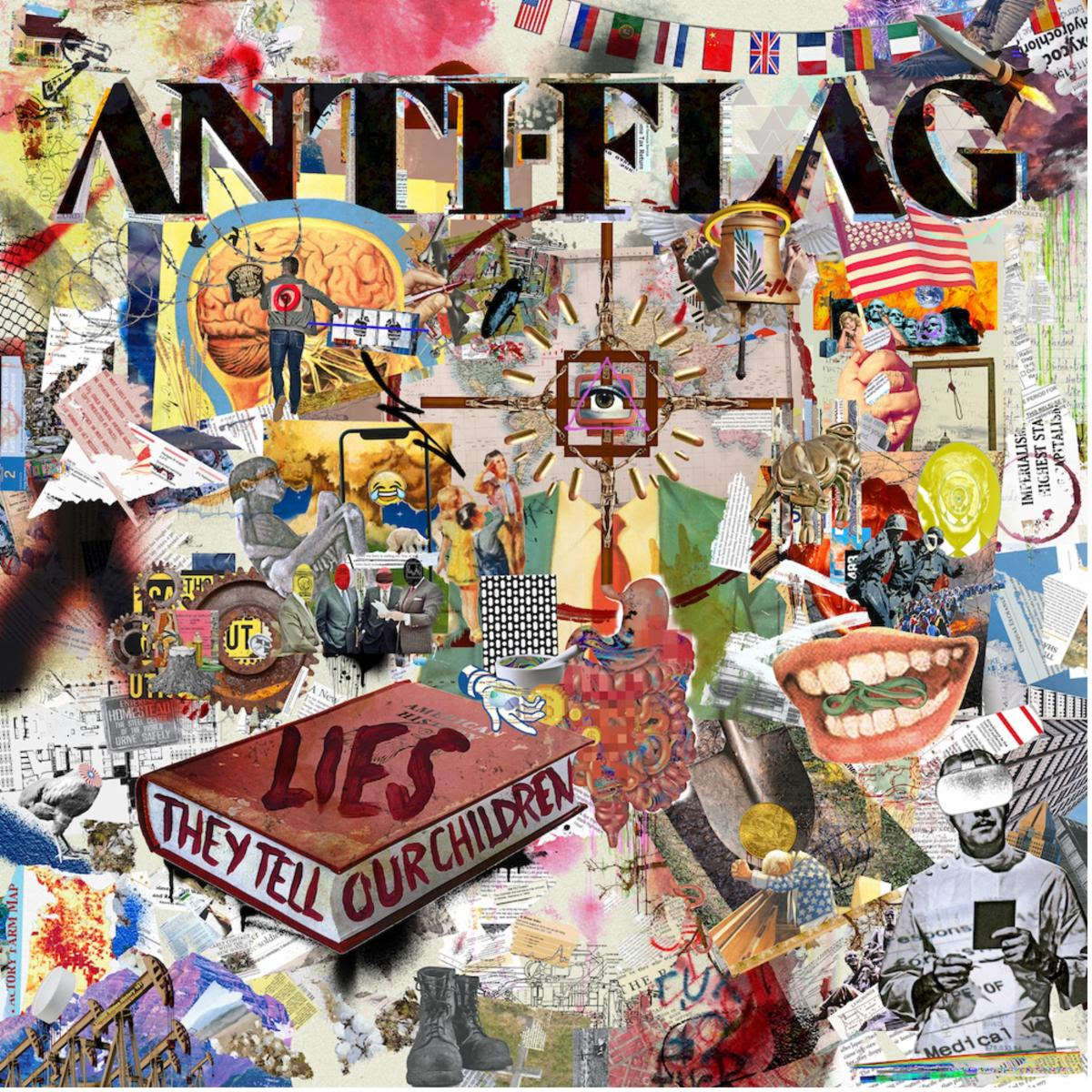 Lies They Tell Our Children is the 13th studio album from Pittsburg punk veterans Anti-Flag.

Swedish punk veterans Millencolin have announced a new LP compiling their first two demo tapes from 1993. Due out in early September, Goofy & Melack will be limited to 500 copies on black vinyl, and 240 copies on red vinyl. Preorder through their webstore starts Thursday, August 4th at 10am Eastern.

Anti-Flag just announced their 13th full-length album Lies They Tell Our Children. It’s due out on January 6th, 2023, and you can pre-order it now here. The record will feature guest appearances from members of Rise Against, Bad Religion, and a bunch of other bands. The cover art’s some avant garde bullshit, which is cool if you’re into that kinda thing. Check out the music video for the first single below.

Asbestos Records has repressed the venerable Against Me!‘s 2007 New Wave LP for the first time in six years. This one’s limited to 1,000 copies on split black/yellow vinyl. Head to the label’s webstore to get yours.

Avail frontman Tim Barry has announced a new solo album titled Spring Hill. This is due out on August 12th, and it sounds like the LP will be available to order the on same day. The “red cloud” variant pictured will only be available at a show he’s playing in Richmond, VA on Friday, August 5th (more details on that here).

Fat Wreck Chords has repressed Frenzal Rhomb‘s incredible Smoko at the Pet Food Factory. Fat doesn’t reveal their colored variants usually, but my super official sources tell me this is what this pressing looks like. Grab your copy here.

British melodic punks Darko just announced a new EP titled Sparkle. It’s due out on October 21st, and you can preorder it here. The first single “Cruel to Be” is really good; check out the music video below!

Zia Records has a new exclusive variant of NOFX‘s Punk in Drublic, limited to to 500 copies on “Transparent Beer With Red Splatter” colored vinyl. Get it here.

New band alert! Bracket‘s Angelo Celli has a new project called Guilty Party and their debut 7″ Imposter Syndrome is coming out next month. Check out “Circling the Truth” below, and go here to get your preorder in. If you like Bracket, you will like this.

The Homeless Gospel Choir‘s 2020 album This Land Is Your Landfill just got repressed. There are two new variants, each limited to 250 copies. Go here to grab this one.

Rude Records is having a summer sale! Records, shirts, and more from bands like Less Than Jake, Guttermouth, and a bunch of others are discounted up to 25%. Head over to their webstore to check it out.

Now that all the cool stuff has been covered, here’s what I’ve been listening to… Saving money by not buying every new release has given me a chance to dig out some stuff I haven’t played in a while. First up this week was Much The Same‘s Quitters Never Win, a very underrated skate punk record that turns 20 years old next year. MxPx‘s The Ever Passing Moment from last year’s box set got some playing time, too. I also revisited one of my favorite Murderburgers records The 12 Habits of Highly Defective People, and Civil War Rust‘s fantastic debut LP The Fun & The Lonely.

Wanna catch up on all of our Record Radar posts? Type “Record Radar” in the search bar at the top of the page!