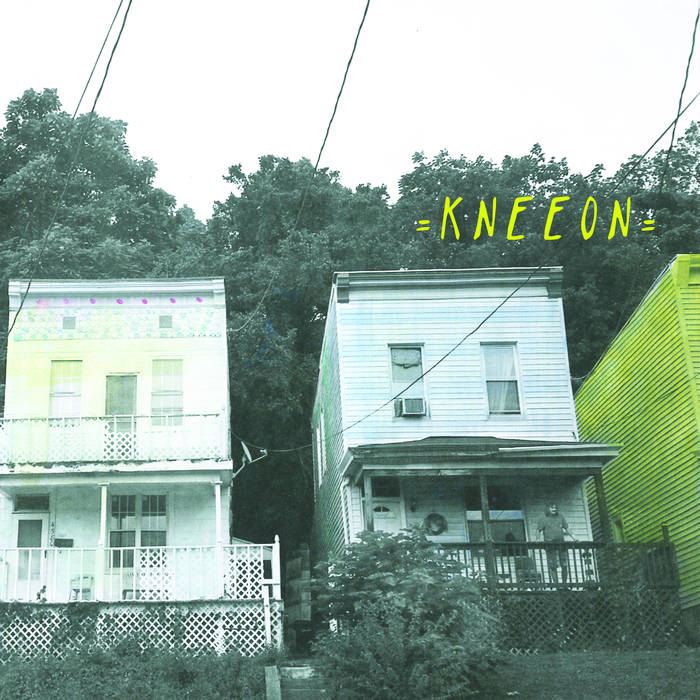 Swansea, UK’s Kneeon are streaming the first song off their upcoming self-titled debut.

The release is due out December 6 via Brassneck Records, get your first taste below.

END_OF_DOCUMENT_TOKEN_TO_BE_REPLACED

Following the success of their Punk Rock Christmas compilation, released in 2015, Cleopatra Records have announced a new version in time for the coming holiday season. The imaginatively-titled Punk Rock Christmas 2 will feature cover versions of festive tracks by a host of punk rock legends and rising stars.

Cleopatra Records is now accepting pre-orders for the record here. You can check out the full track list below.

END_OF_DOCUMENT_TOKEN_TO_BE_REPLACED

Veteran Florida punks Slap of Reality are allowing fans to stream their latest single. The effort is titled “Gaslight” and is out now on A Jam Records. The single’s B-side is called “Never Far” and was actually the band’s first single on the label. DyingScene reported on the release earlier this year. You can listen to both tracks below.

The previous collection of tunes from Slap of Reality was the 1995 EP, Monkey Dust. Since their most recent reformation, the band have only released singles to date. However, they are reportedly working on a new EP at present.

END_OF_DOCUMENT_TOKEN_TO_BE_REPLACED

World/Inferno Friendship Society will release their long awaited new album on January 17, 2020. All Borders are Porous to Cats will be the group’s seventh full-length to date and will be released via Alternative Tentacles.

The album’s release coincides with the release of accompanying book, One Smashed Window for Every Divided Soul. An illustrated combination of tour journal and narrative exploration of Cat and his travails, the book acts as a companion piece to the album.
To get you lot in the mood for the new record, World/Inferno Friendship Society have just released a single from it. You can check out “Freedom Is a Wilderness Made For You and Me” on both Spotify and Apple Music now.
The band will also be rounding off the year with a short run of tour dates. The full list is below.

END_OF_DOCUMENT_TOKEN_TO_BE_REPLACED

Melodic punks Fabled Mind have just signed with Lockjaw Records. The Danish four-piece will be working with the UK-based label to release their debut album on November 22.

The album, titled Passenger, is the result of a decade’s worth of songwriting and will feature eight rapid-yet-melodious tracks. To tease the new record, the band previously put out two singles from it. You can check out a video for their third, “The Serpent and the Gambler”, below.

END_OF_DOCUMENT_TOKEN_TO_BE_REPLACED

A new documentary exploring third-wave ska is coming to DVD and Blu-Ray today. Rancid and Operation Ivy lead Tim Armstrong provides the narration for Pick It Up! Ska In The ’90s and the story is told by various members of key bands from the scene. Expect cameos from members of Reel Big Fish, The Mighty Mighty Bosstones, Less Than Jake, and a host of others.

The documentary is the work of PopMotion Pictures and was directed by Taylor Morden. After proving popular during showings on the summer festival circuit, fans of the genre can now own the documentary themselves. Check out the movie’s official website for more details.

As well as the release, there will be official screenings of the film at various locations as part of the Ska Parade 30th Anniversary Tour in the new year. You can see the dates below.

END_OF_DOCUMENT_TOKEN_TO_BE_REPLACED

Potty Mouth have released a new single, “Favorite Food”. The track, the first since last album ‘SNAFU‘, is out now on Get Better Records.

Have a listen below.

END_OF_DOCUMENT_TOKEN_TO_BE_REPLACED

Piebald are the latest band to release something for Christmas. Piebald Presents To You, A Musical Christmas Adventure came out last Friday (15th November) and features three festive numbers – “(All I Want For Christmas) Is To Rage With My Friends,” “The Rebellion Of Winter,” and “Do Good Stuff”.

Have a listen on the usual platforms.

Have a watch below. The album is up on all major digital platforms now.

END_OF_DOCUMENT_TOKEN_TO_BE_REPLACED

UK pop punkers Roam continue to tour their recent Smile Wide album (out on Hopeless Records), taking in some smaller venues around the UK at the start of 2020. The 14 date tour beings Jan 24th in Bournemouth and runs until Feb 6th in Brighton.