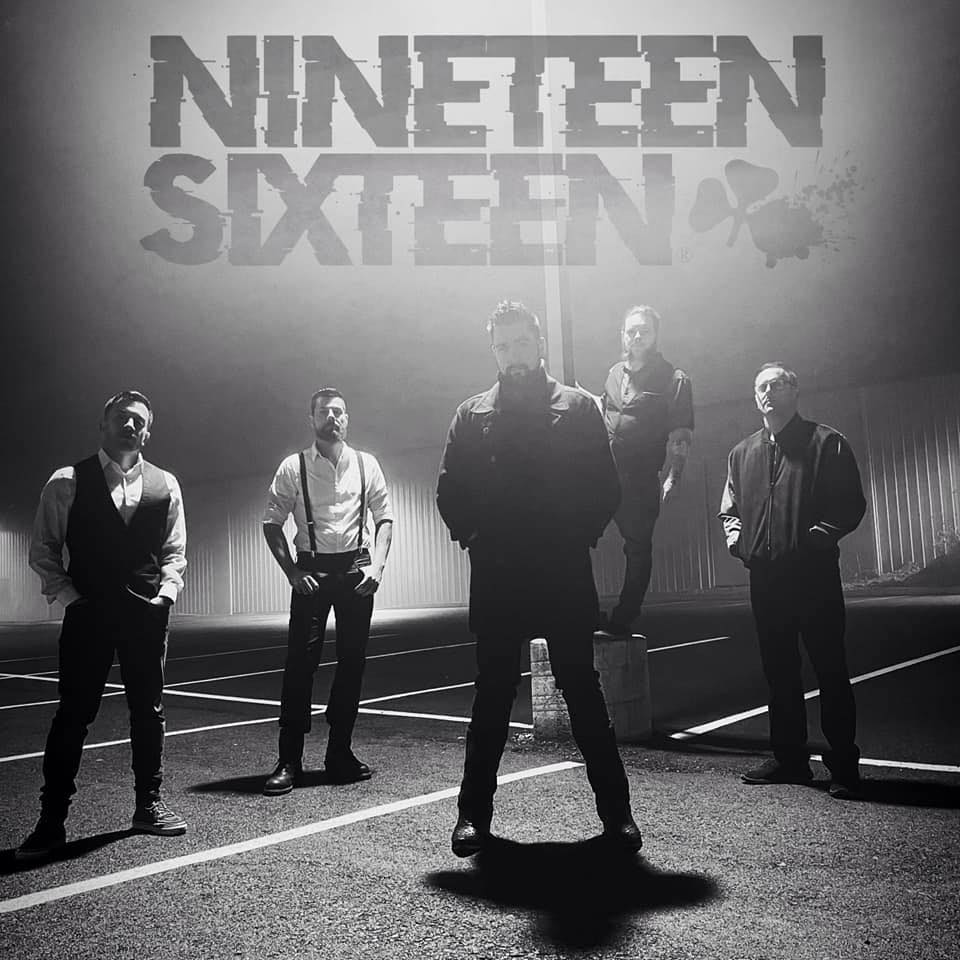 Hailing from upstate NY, Celtic rockers 1916 are an explosive concoction of the modern Irish Punk movement with an original mix of psychobilly which gives 1916 a sound that stands apart from other bands of the genre.

Starting as an acoustic duo in 2006, singer Billy Herring and original drummer Steve LaDue played the traditional Irish ballads of the Dubliners and Wolfe Tones in the local pubs in and around their home-town of Rochester, NY.  They decided to call themselves 1916 to get people interested in Irish history.  In 2010 they took the music to a new level with the addition of electric guitars, traditional instruments, and a full drum set.  Within a few months of trying their new sound, 1916 were opening for the likes of the Dropkick Murphys, 21 Pilots, and New Politics, among other national acts.

On St. Patrick’s Day of 2012, 1916 released their first studio album, A Drop of the Pure, to rave reviews.  That same year, 1916 became the first band from Rochester, NY to get their own Pandora station with the addition of their music to the Pandora genome project.  With their music now reaching a global audience, the boys would soon gain fans all over the world.

The following year, 1916 released their sophomore album, Stand Up & Fight.  This new album, featuring a collection of covers and originals, had a more polished sound than the raw punk feel of  A Drop of the Pure.  This new full length album also featured more traditional Irish instruments to give the new LP a fun and full sound.

As the band continued to evolve, they kept touring and playing as many shows as possible.  With bigger audiences came a larger fan base for 1916 to interact with.  The band has always enjoyed hanging out with the crowd both pre- and post- shows.

In November of 2014, the guys went back into the studio to begin recording their third album, Last Call for Heroes.  Released in December of 2015, Last Call for Heroes was met with great enthusiasm from critics.  Named one of the “best punk albums of 2016,” both home and abroad, the new album appeared to have given the band the momentum they needed to move forward.

Mandolin player Jon Kane joined the band in early 2016, just before the boys hit the road to join Flogging Molly on their Salty Dog Cruise.  After a whirlwind spring of touring through the Bahamas and Europe, Jon was just what the band needed as he brought his energetic and fun stage persona into the fold.

The sound had certainly become streamlined and unique, but it wasn’t until 2017 that upright bassist Ryan Hurley would join 1916 to give the band the final integral piece that gives the music its psychobilly flavor.  Ryan quickly found a new home in 1916 and the band now finds itself on the edge of yet another amazing year of recording and touring.

In 2019, the band welcomed the thundering drums of Tony Presutti to take over behind the kit. Soon after that, 1916 further expanded their sound by the addition of accordion player Sam Sarratori to the crew!