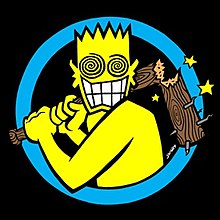 ALL formed in suburban Los Angeles in 1987 when Milo Aukerman, the lead singer of the Descendents, left to pursue a graduate degree in biochemistry, forcing the band into a hiatus. The remaining members – guitarist Stephen Egerton, bassist Karl Alvarez, and drummer Bill Stevenson – decided to carry on as a band, adopting the title of the Descendents’ last studio album ALL as their official moniker.