I can confidently say this is the best punk event held in Music City at least since I began calling here home in 2013. Held at the notorious Further Farms just a short drive from downtown, and judging by the fact that event shirts, water and food had all sold out just halfway through the event, expectations were shattered and we had ourselves a party. All eight bands playing completely kicked ass, over 50 vendors set up camp and drew a crowd I would guess numbered well over a thousand people, and Denver-based nonprofit Punk Rock Saves Lives was swabbing people left and right for their bone marrow registry. Beer was drank and fun was had!

Indianapolis native Mike Muse of Amuse kicked things off with a solo acoustic set after the other 2/3 of a Amuse were unable to make it. Nonetheless, the acoustic set was a great precursor for what was to come. To close, the boys in SecondSelf hopped up to join Mike for a much needed and well-timed Skate or Die cover, much to the pleasure of the continuously growing crowd.

SecondSelf has solidified themselves as one of my local favorites over the past several years; they’re a great bunch of dudes that play hard, fast, killer punk rock, what more could you ask for. These dudes have something really cool going, and for Nashville punk rock’s sake, I hope it continues. I’ve caught these guys live more than almost anybody, and Nate’s guitar solos still nearly melt my face off on the regular.

Sugar In The Gas Tank were a somewhat last minute addition to the NPFM, but they offered a nice change of pace with their early 2000s blink 182-esque brand of pop punk. Their catchy riffs and upbeat tempo gave me flashbacks to my younger Warped Tour days and showed me a side of Nashville punk that I hadn’t seen in years, but was glad to have present.

I’ve caught Tank Rats a few times over the years, most recently a few months back opening for the Cryptics. And man do these guys bring some damn energy! The Tank Rats brand of Nashville street punk was on full-display with this awe inspiring performance. From the start of their set on, the atmosphere picked up and our Music City party was in full-swing, thanks in large part to the absolute mayhem that these guys brought to the stage.

Stuck Lucky holds a special place in my heart. They headlined the first punk show I ever attended in Nashville, and from then on, I’ve followed along to any local show these guys are a part of. A masterful blend of ska and punk that I have trouble drawing similarities to, and, like a fine wine, these guys have only gotten better with age.

Their mastery was put on full display during their set, which involved trombonist Will Carter hopping down in the crowd and straddling a stuffed banana mid-song.

Flummox was a great representation of the sheer diversity that the Nashville punk scene encompasses. We had West Coast skate-punk well represented by Secondself, pop-punk by Amuse and SITGT, ska by Stuck Lucky, and oi! by Tank Rats. Flummox was weird, but in all the best ways, and it’s hard to pin them down to any one genre.

Breaux! was the first of two acts that I was especially excited to see for the first time. I don’t know how I had never heard of these guys, but their performance made me reminisce about seeing A Wilhelm Scream in Nashville a few years prior. Lead singer Price Cannon entertained the shit out of the steady crowd that continued to fill the market, and they were an excellent predecessor for the punk rock mastery that was to follow, A Vulture Wake.

Now we’ve reached the main event, the band that I had been dying for years to see ever since I stumbled across Chad Price’s One Week Record in 2018, A Vulture Wake. When I found out about guitarist Dan Wleklinsi’s tenure in early Rise Against, this only added to my anticipation. To put it bluntly, these dudes know how to rock and exceeded everything I had expected.

There’s not too much to be said about this type of performance other than I would recommend these guys to anybody asking for a great punk show to see. Wleklinski can shred the hell out of the guitar, and I was in awe of Chad Price’s vocals for their entire set. If anything, look at that dude’s hair; worth the price of admission in and of itself.

Attached below are any other photos I got from the show (these make up the tiny percentage that did not come out as complete garbage). Feel free to peruse at your own leisure and I hope to have many more of these galleries up in the coming months. Cheers!

I have a confession to make. Although I am greatly ashamed, and I’m probably going to be shunned by all of the Dying Scene faithful, I must admit that this was my first time seeing Frank Turner. I know, I know, the guy tours nonstop and frequents Nashville and the surrounding cities. Not to mention […] 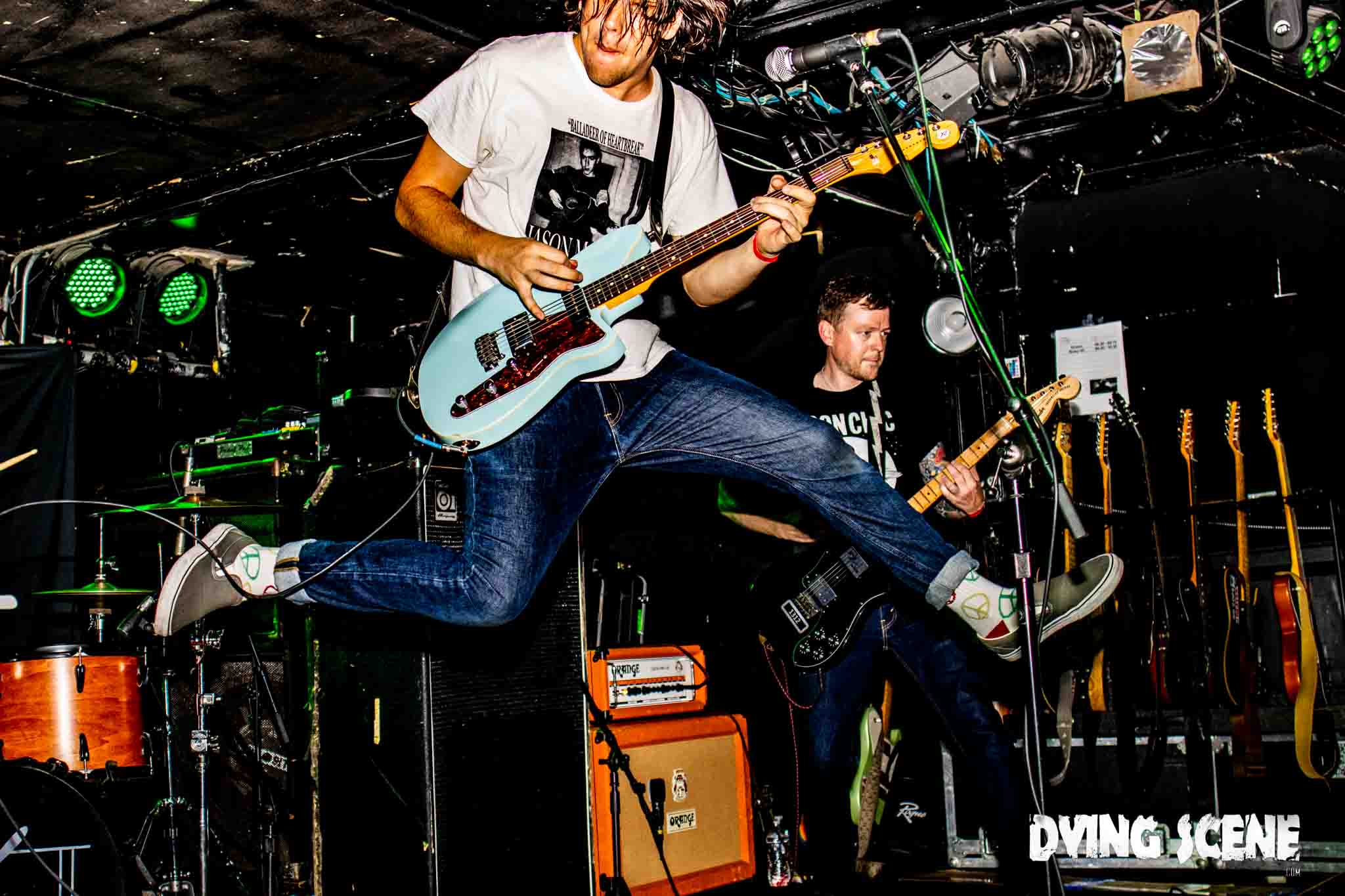 Story and Photography by Meredith Goldberg Signals Midwest, from Cleveland, OH, returned to Chicago, supported by Mush, Downhaul, and Into It. Over It. Its performance at Subterranean – aka SubT – was a fun one. The members seemed especially grateful that their friends in Into It, Over It were able to join them. Signals Midwest […] 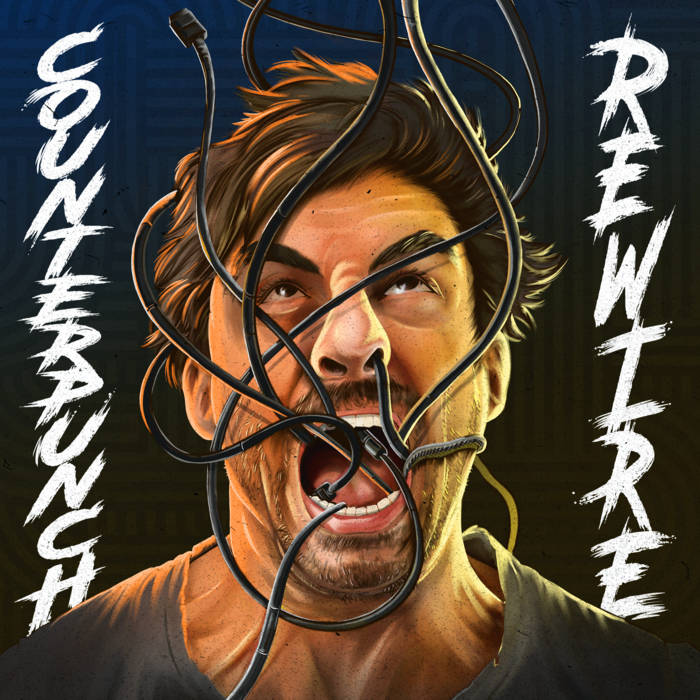 Dying Scene Album Review: Chicago’s Counterpunch is back with their new album “Rewire”

The last two years have been taxing on us all mentally, physically and emotionally. An unfortunate and dire situation the world remains in but it seems there is a light at the end of the tunnel. As much pain, confusion, stress, frustration and adversity we’ve had to overcome, one thing keeps us going. The music […]

Hello, and welcome to this week’s installment of the Dying Scene Record Radar! This is a weekly round up of all things punk rock vinyl, highlighting new releases and all those ultra limited reissues that get the collector nerds’ hearts racing. So, let’s get into it… Now that all the new and upcoming releases have […]