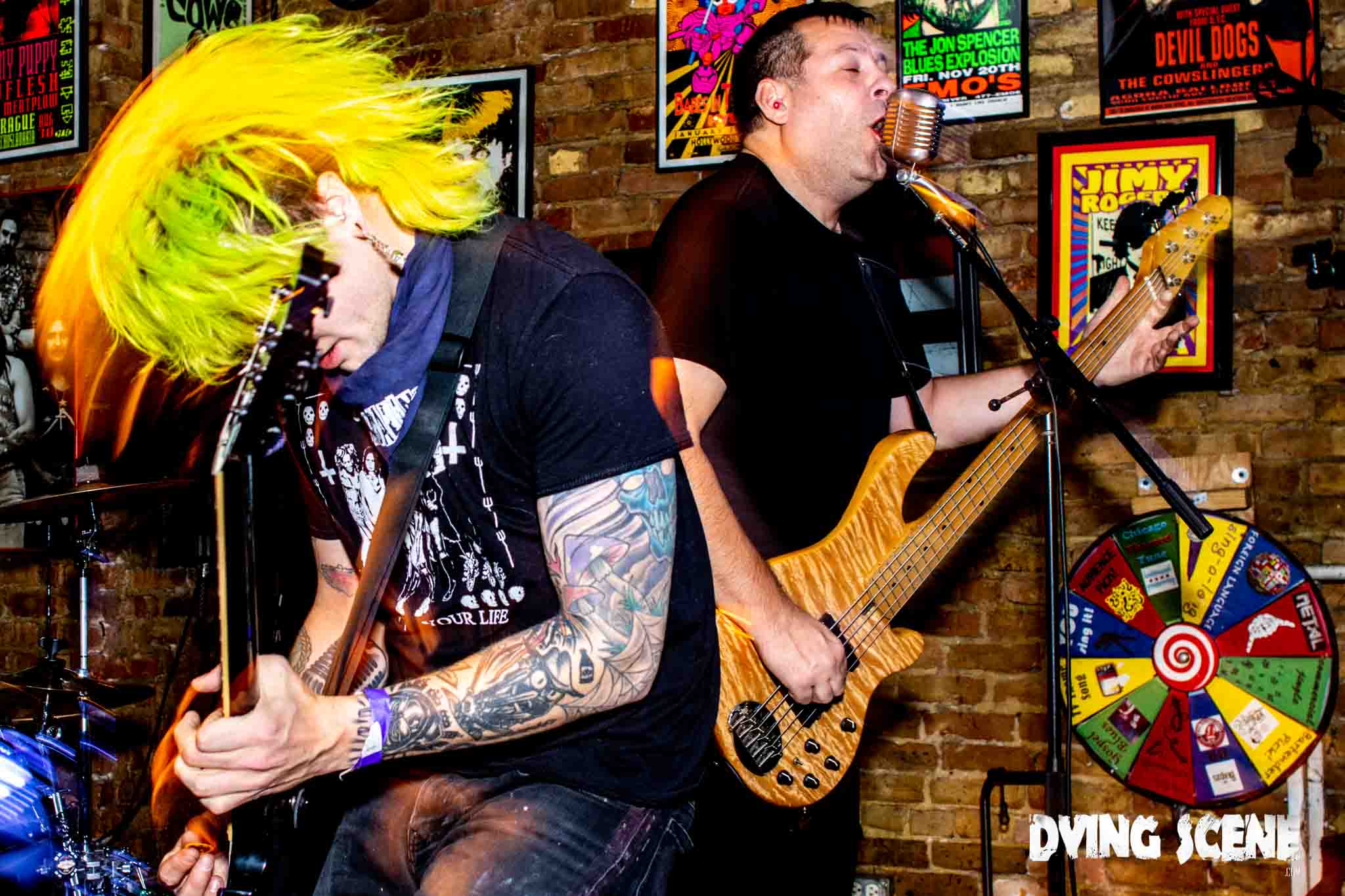 Voice of Addiction, Torch The Hive, and The Last Great Riot took over Reggie’s Music Joint on Saturday, December 18, 2022. Whilst the stage was small, none of the trio of performances could be described as the same.

Ian Tomele, founder, bass player, and vocalist for Voice of Addiction, could be known as “The Shoeless Singer.” He’s been performing sans footwear since he was a teenager. The 6’2″ self-described “slouch” told me,

“I hurt myself a lot especially when performing haha so I think it started as a way to feel the stage and my surroundings better (so I would stop hitting my head!)“

This show was the band’s last set in what has been its comeback year. Tomele explained,

“We had not played since we were on a month-long southern tour in early 2020 when the pandemic hit. It was super surreal pulling into Chicago from tour as the sun was rising and the mayor was giving the stay-at-home order over the radio. Since we were already together we felt it was safe to still get together for rehearsals and started working on the new album Divided States. To coincide with this release we started playing a couple shows this summer as well as a Northeast run in August. Mainly to test the waters and see what was possible for future shows and tours.” [The band’s second show of the year was at the Dying Scene Chicago Resurrection Party. Tomele thankfully helped with the logistics of the event).

“In my opinion winter is for writing. I have a handful of new songs to show the guys including one I wrote with the new drummer Kevin. We are back at Reggie’s on January 12th. And then we get back at it in March and April with our southern tour. Spreading the new full length all over the damn place!“

Looking forward to it!

I’ve covered Torch the Hive twice this year and it has been 2 for 2 in terms of fun. The highly energetic trio makes quick work of engaging the crowd. This night was one of a flurry of shows the band played as the year wound down. It blasted through its set which included “Copaganda,” “F.E.A.,” “Deku,” “Burn Me Out,” “Shame On You,” and “Molotov Trail.” Mike Fruel, on vocals and guitar, Tyler Sanders on bass, and vocals, and drummer Sergio Apanco put on a provocative show in both song and movement. Fruel played his guitar above his head, behind his back, sitting on the floor, lying on the floor, and of course in traditional stance. Sanders was such a whirlwind on stage, with frenzied head shaking. So frenzied that his mop of red hair and beard (which perfectly complemented his bass) caused him to appear in flames on top. Apanco looked ready to explode from behind his drum kit.

Post-show Mike Fruel reflected on the year that was and the year to come:

“This was a good year for us, we’ve played sold out shows at SubT and Reggie’s and made a ton of new friends in the DIY scene. We also released one new single this year ‘Seeds,’ and plan to release a bunch more music in 2023. Next year we’ll be on the road hitting the south reaching New Orleans and the west coast late next year.“

Hopefully the band members can catch their breath at the start of the new year so they can keep that excitement strong over the course of 2023.

The Last Great Riot, comprised of vocalist/guitarist John A. Beavers, bassist Mario Mazzone, and drummer Scott Durand, closed out the evening by pumping it up. As in Elvis; the capper of its potent set was “Pump It Up“ by Elvis Costello & The Attractions. The rest of its set was dedicated to original tunes by the band including two new ones, “Immortal 30” and “Fluid Ounces,” in addition to “Happy When (Bad) People Die, and “Neighborhood Legend” from 2021’s Tomorrow’s Gonna Be Rough.

Beavers looked back on the year just concluded and revealed some of the band’s plans for 2023,

“As far as ’22, we just played shows. Finally hit Milwaukee for a show, a few at Burlington and Reggie’s and some other spots. For ’23 we’re starting the year on a “new baby break,” so nothing book[ed] so far. Just finishing up mixes at Squeezebox Recording Studio on two singles, be releasing this late winter or spring.”

Please see below for photos from the show. Have a happy and safe new year everyone and thank you for joining us on the ride that was 2022! 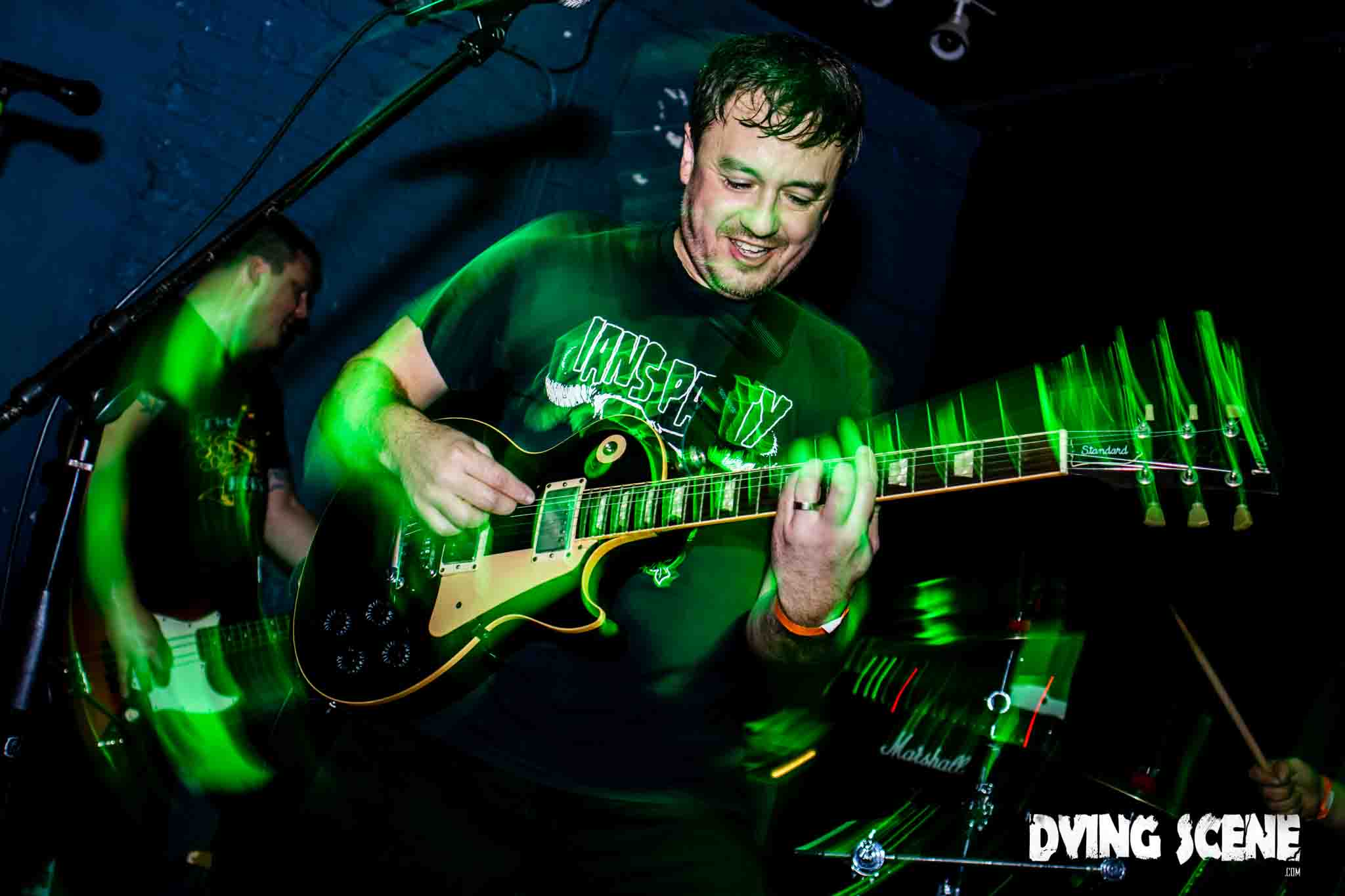 When Dying Scene last documented a live performance by The Brokedowns it was long ago. I jest, it was just about a month earlier, opening for The Arrivals on New Year’s Eve. This time, The Brokedowns headlined a sold-out show, with support by Dangerous Chairs, Chinese Telephones, and Permanent Residue. Big sounds in a small […] 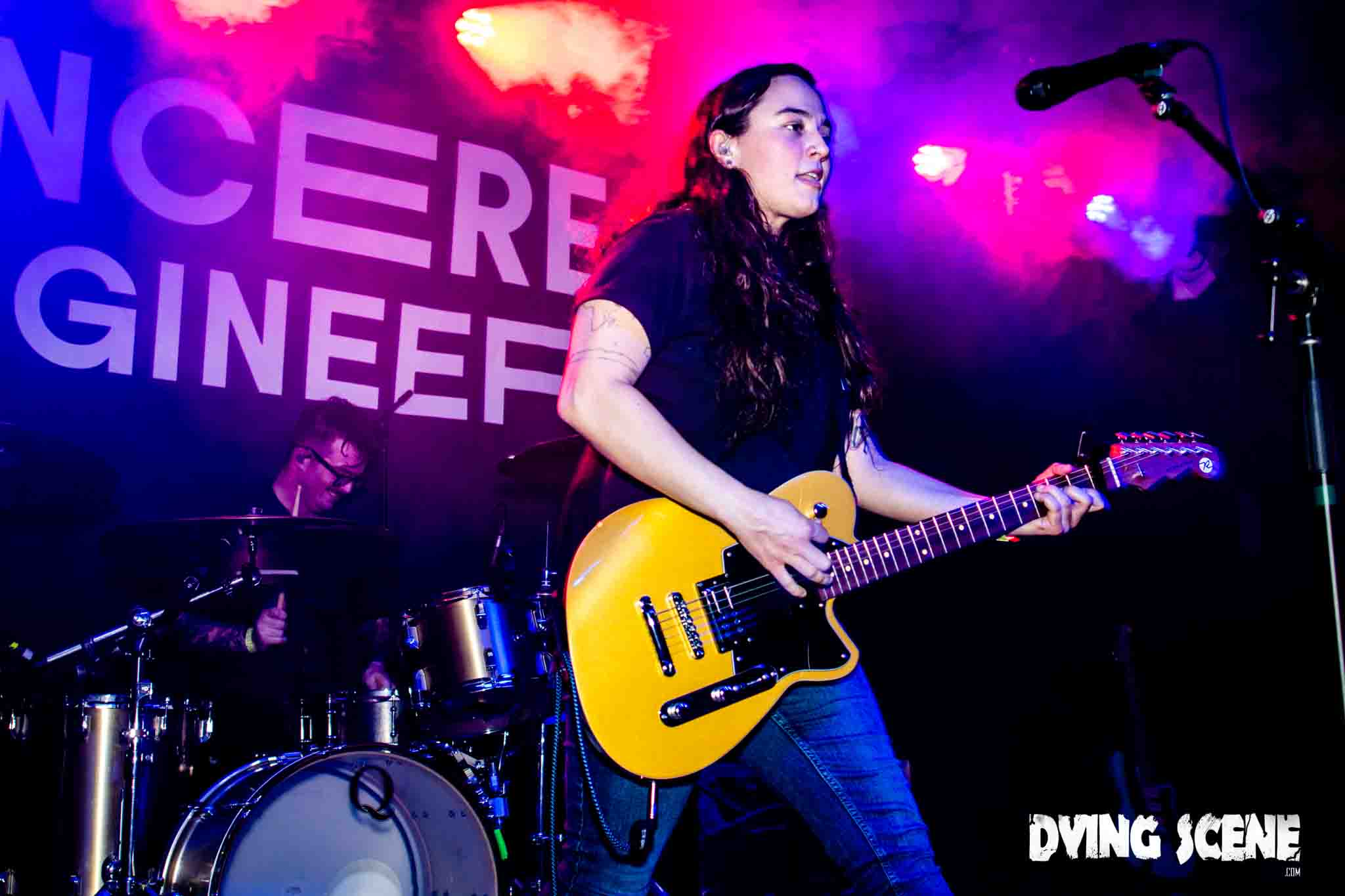 Sincere Engineer headlined a sold-out show at Bottom Lounge on Saturday, January 14, 2023. Supporting her on the bill were Fluorescents, Droughts, and Rodeo Boys. It was an electrifying night of music from the top of the bill to the bottom. This show was a milestone for Sincere Engineer, as Deanna Belos revealed to me: […]

DS Interview: 75% of the Brokedowns on their Highly Anticipated 6th Full-Length, due out Jan. 20th on Red Scare

Sometimes referred to as Chicago’s best kept secret and other times called the funniest band on Red Scare, for all of us not currently living in Chicago, we know them simply as The Brokedowns. After officially closing the book on 2022 on a high note with a live show during the late hours of December […] 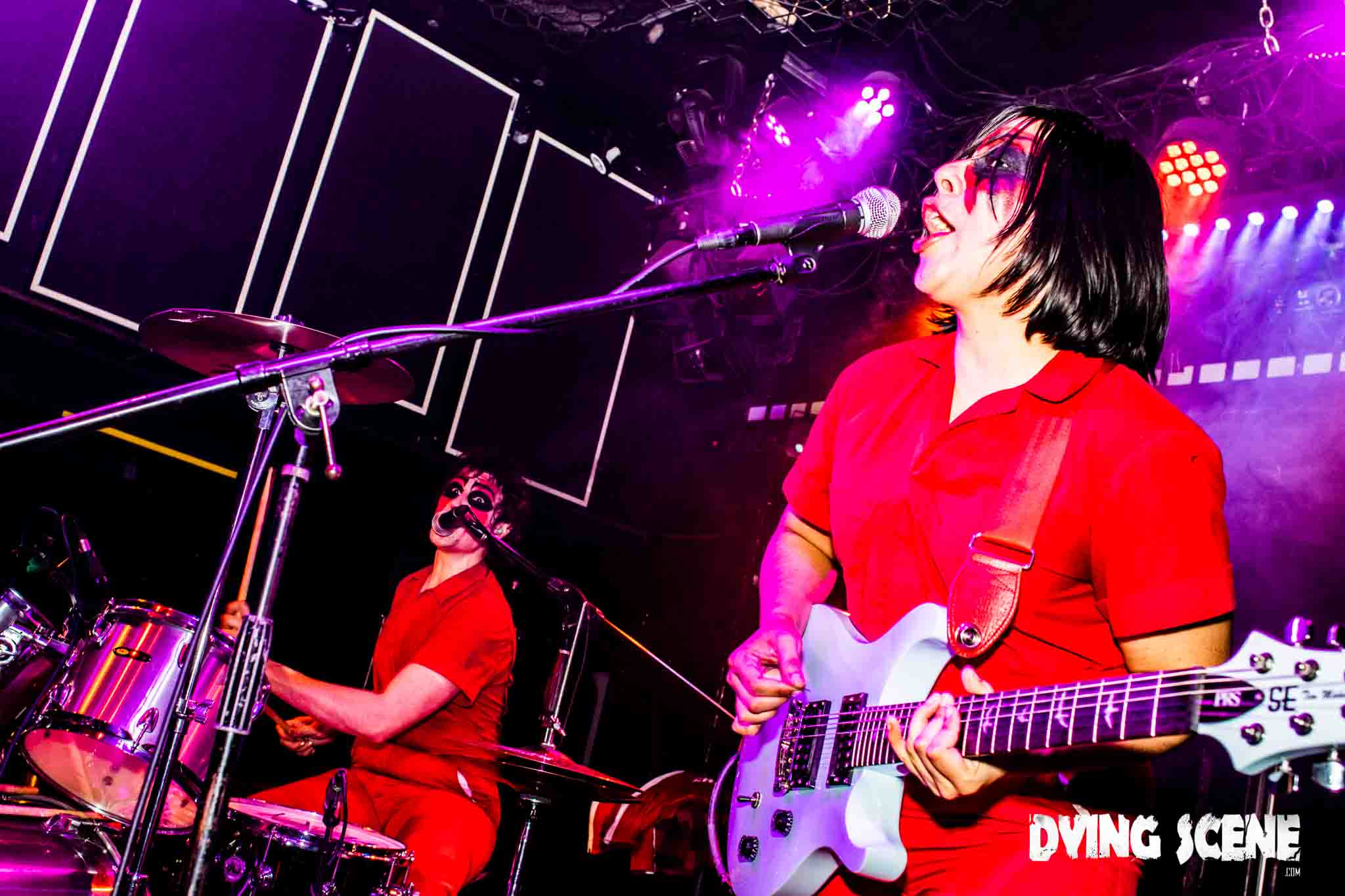 Liar’s Club, on Friday the 13th, brought the heat of Heet Deth, the acidic humor of Lollygagger, the spooky drama of The Cult of SpaceSkull; and in place of Hail Satan, it was Hail Alien. All of this added up to an entertaining way to spend a few hours on a crisp winter evening. Heet […]