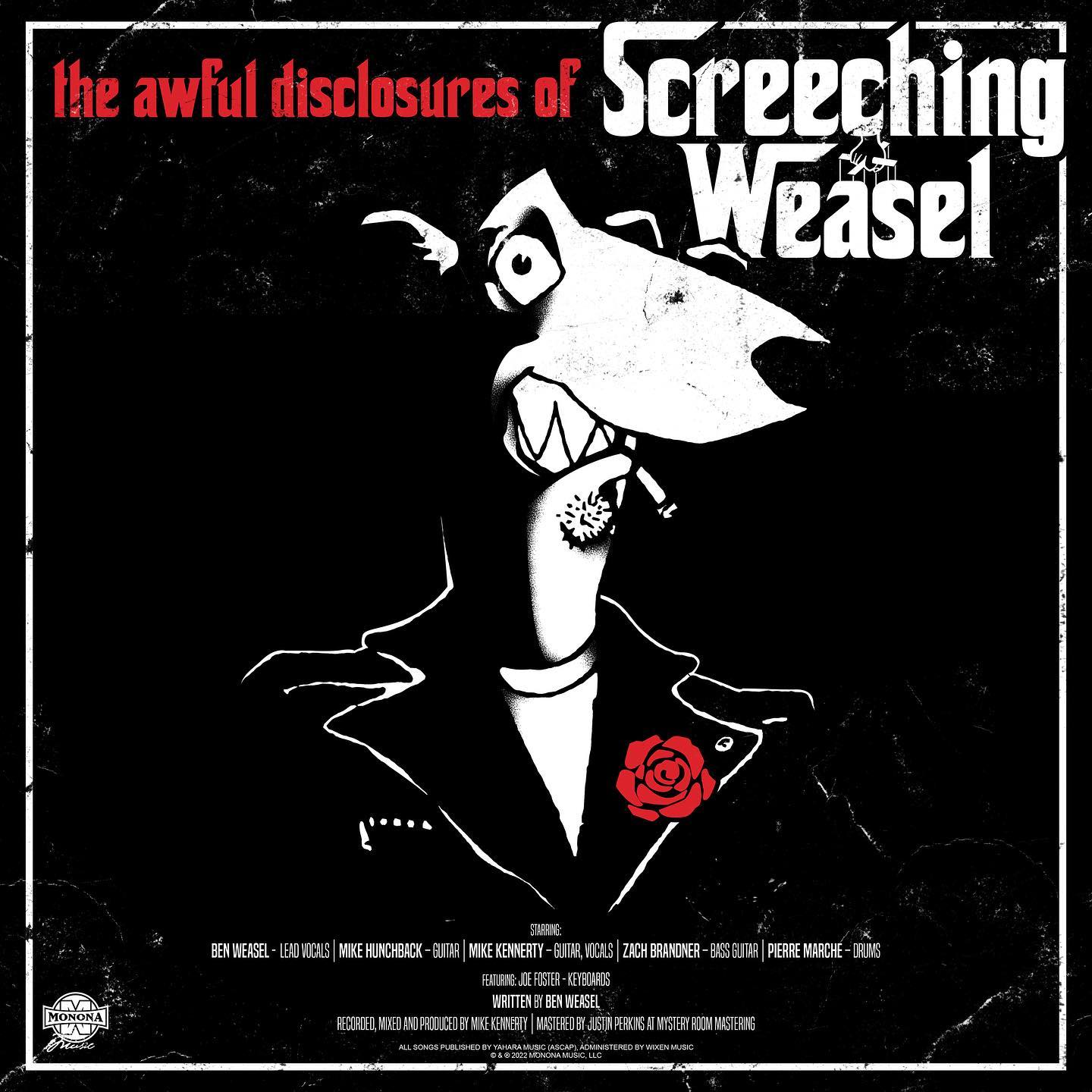 There’s no denying Benjamin Foster, otherwise known as Ben Weasel, is a controversial figure in the world of punk rock. But whether or not you like the guy, there’s also no denying he is one of the genre’s most prolific songwriters of all time. This is evidenced by the sheer number of classic songs spread across Screeching Weasel‘s entire catalog; “Don’t Turn out the Lights”, “Peter Brady”, “Second Floor East”, “Cool Kids”… the list goes on and on. With The Awful Disclosures of Screeching Weasel, the band’s fourteenth studio album, Mr. Weasel has proven once again why he’s still standing after 36 years in the music business.

Since 2011’s First World Manifesto, Mike Kennerty of the All-American Rejects has handled production duties on every Screeching Weasel recording. Everything between that record and The Awful Disclosures… has had a very similar, polished sound, almost like they were all recorded during the same studio session. However, the songwriting and instrumentation on the latest LP is varied enough to set it apart from the band’s recent output. Of course, the signature “nursery rhyme” style guitar leads are as present as ever (and I hope they never go anywhere), but there are a few curve balls thrown in the mix to spice things up. Most notably, there is an abundance of keys on this album. “Hey Diana” is a really fun song with a melody driven by a Renaissance style organ, while “In the Castle” employs a more traditional sounding keyboard as a subtle accent piece. I also enjoyed the spacey synthesizer used on “Just Another Fool”, which reminded me of one of my favorite newer bands Giant Eagles; perhaps Benjamin shares my appreciation of synthy Dutch pop-punk bands.

Now, with all that said, this record still boasts plenty of songs with a more traditional “Classic Weasel” sound. The lead single “Any Minute Now” fits this description, and when I first heard it, I knew I was probably gonna like the album. Other notable tracks in this category include “All Stitched Up”, “My Favorite Nightmare”, “Pandora’s Eyes” (on which the organ makes its first appearance), and “Dead Alive”. All of these songs would have slotted in nicely on the tracklists of First World Manifesto or Some Freaks of Atavism, which for me is a good thing, because I love those records. “Just Another Fool”, “Gates Lift High Your Heads”, and “Tell Me Your Lies” have a slightly darker, more sinister tone that kinda reminds me of The Lillingtons‘ last album. These tracks offer a nice change of pace while not straying too far from the formula Screeching Weasel has continued to perfect since they ruled the roost of 90’s pop-punk.

Listening to the album on Spotify on its release day, it didn’t completely grab me. But when I got the record in the mail and dropped the needle for the first time, I was hooked. With that said, is this going to dethrone Anthem for a New Tomorrow as my favorite Screeching Weasel album? Probably not, but that’s okay! The Awful Disclosures… is a fantastic LP that will make a worthy addition to any Screeching Weasel fan’s record collection. Creeping up on four decades in the game, Ben Weasel just keeps pulling rabbits out of his hat. Love him or hate him, you have to admit, the man’s staying power as a songwriter is quite impressive. 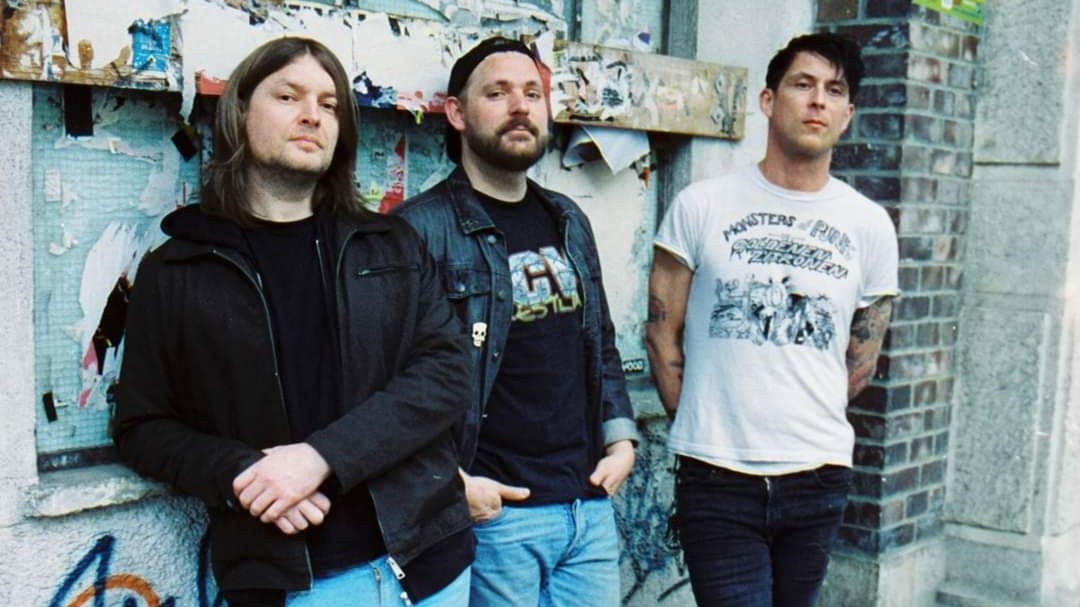 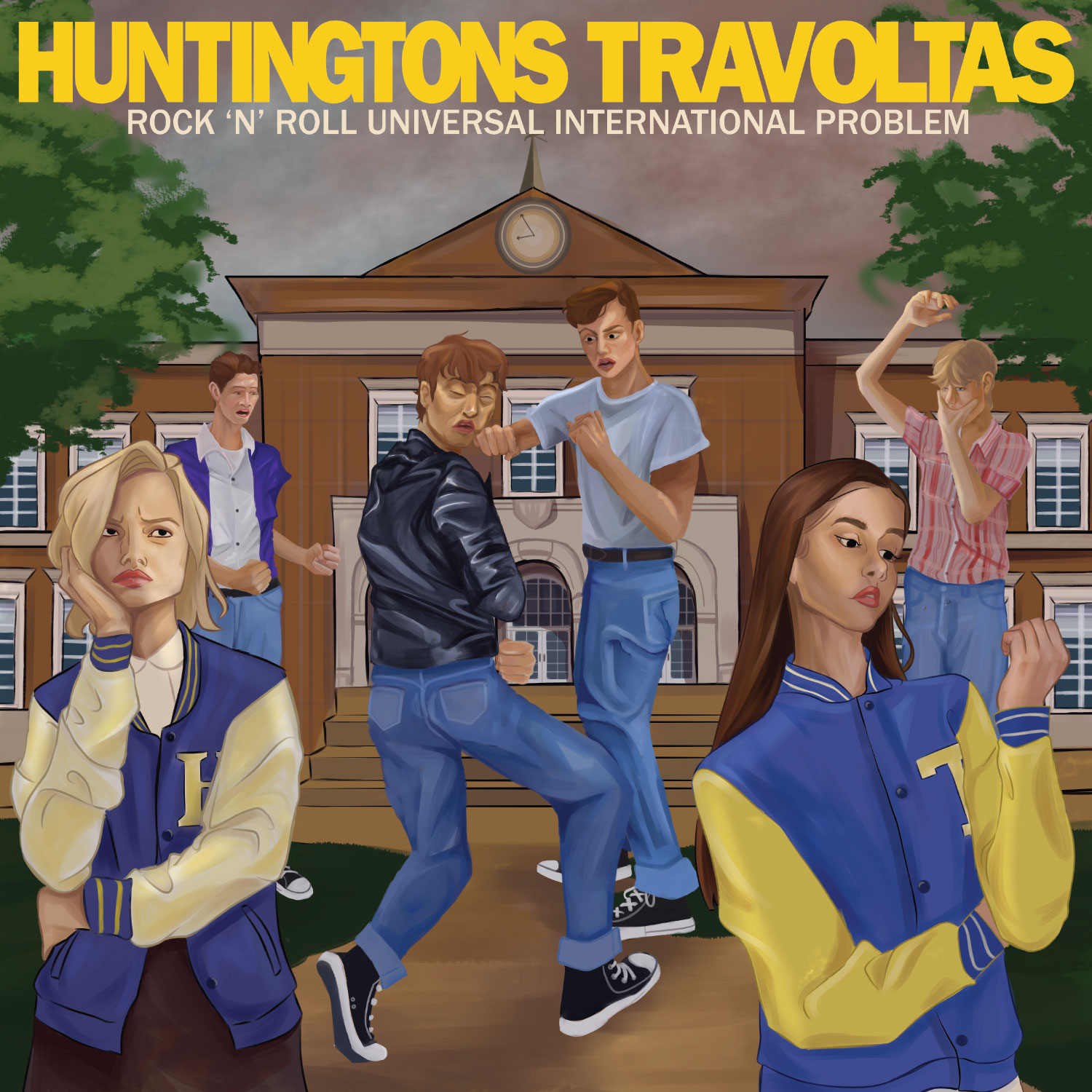 Striped Music has been on an absolute roll this year. The Italian pop-punk label is responsible for two of my Top 10 Albums of 2022: The Manges‘ Book of Hate for Good People and Screeching Weasel‘s The Awful Disclosures of Screeching Weasel. Discerning pop-punk listeners know that when Striped is putting out a new record, […] 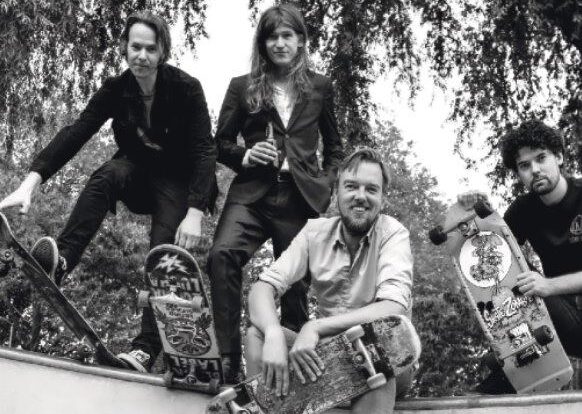 Dutch pop-punk band The Windowsill released their new album Focus today through Shield Recordings. Check it out below, and go here to grab a CD or digital copy of the album (if you’re in the US, head over to Mom’s Basement Records‘ webstore). Vinyl is coming in early 2023. For the uninitiated, The Windowsill plays a […]