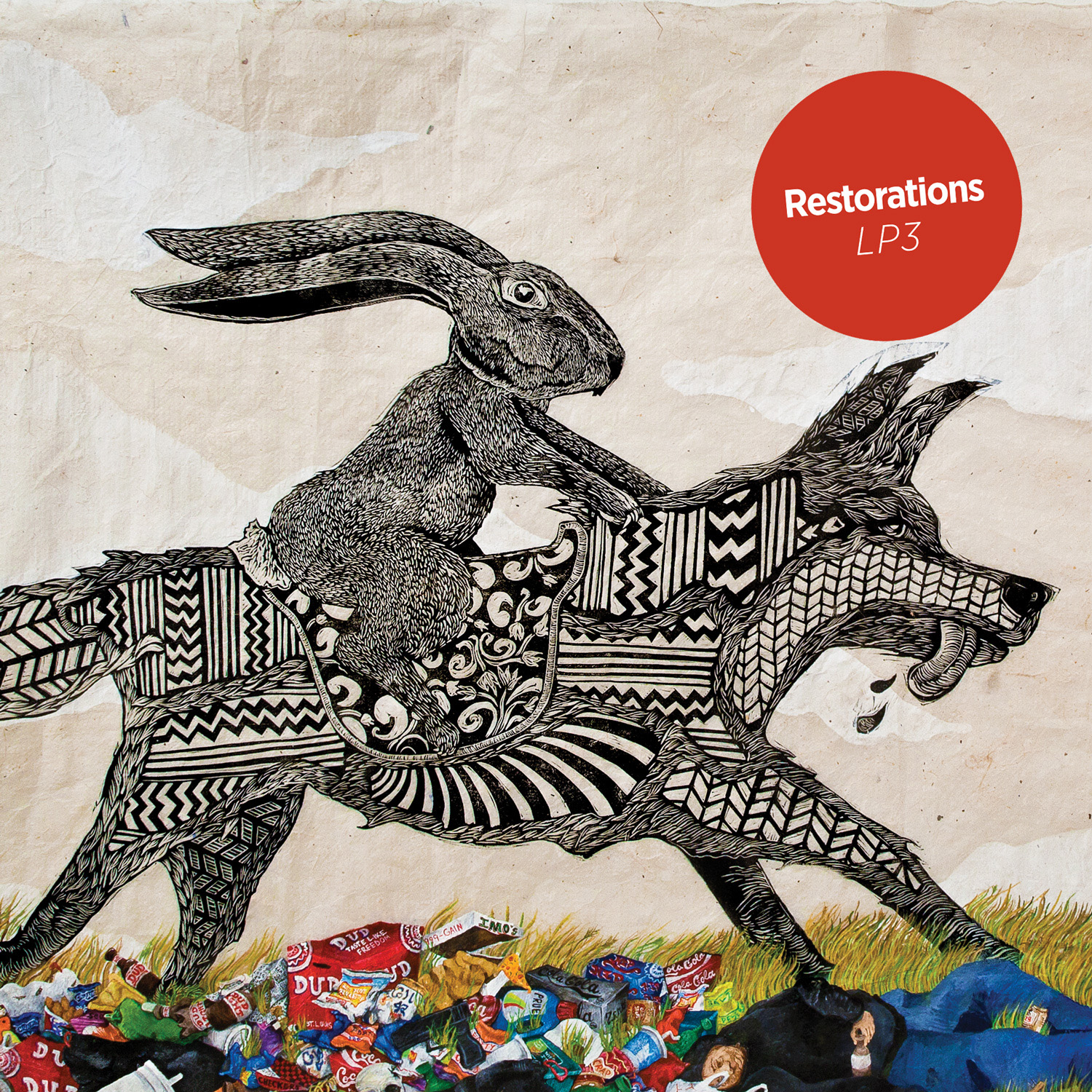 Restorations‘ last record, LP2, was my album of the year for 2013. The album was short but full of the kind of huge guitar work that I love to hear in bands of their ilk (Hold Steady, Titus Andronicus, etc). But it was still a grower. A success story. “New Old” was a great track, and the rest of the album slowly grabbed my attention until I was listening to it everyday. It’s intricacy is where it excelled, and lyrically it started to build. It was a fantastic work of punk fury and classic rock hooks. LP3 had a lot to live up to.

Where LP2 let songs grow, and exists in a huge space, LP3 shows more restraint, pulling in small, post-rock kind of sounds. Restorations know how to use this sound. “Misprint” sounds restrained through clear guitar and gentle drums. And on the single, “Separate Songs,” the band builds for what feels like forever before the song explodes in its choruses, and specifically at the bridge. The band then pulls back again, all the way back, leaving a cavernous empty space.

Even on “Tiny Prayers,” the song that sounds the most like any previous Restorations material, the vocal style changes. Yelling in punk rarely has the emotion the vocalist is likely going for, but there’s a deliberateness and desperation in singer Jon Loudon’s voice, matching some of the genre’s best emotive vocalists.

I think the big standout on LP3 is on the closer, “It’s Not.” The song is a huge, 7 minute epic that is full of the kind of enormous sound that the band is showing their penchant for. LP3 takes what the band built with their 2013 breakout, and expand, twist, and grow that sound, never losing sight of themselves. Definitely a must listen for 2014.