Believe it or not, 2015 is already half over. There’s a lot to look forward to in the coming months with Frank Turner, Spraynard, and more all gearing up to put out new albums, but we at Dying Scene decided to get introspective for a moment and take a look at some of our favorite albums that were released in the last six months.

Anything released between January 1, 2015 and June 30, 2015 was up for consideration, and after several long nights of endless yelling and countless insults (okay… it was really just one long email chain), we were able to narrow it down to 25 releases. Organized by release date, you can find our collective choices for the best punk albums of 2015 so far below.

“Being the first record to be released in 2015 (well… probably the first), can be a lot of pressure, but 10 Thermidor handles that pressure with ease. It’s a fun, catchy, strong album and a promising start to a new musical year. Don’t sleep on it because of its early January release.” – Bizarro Dustin

“Oh My Snare! manages to incorporate growling vocals, catchy singalongs and even synthesizers (!!) into their unique brand of punk rock, resulting in an EP that sounds unlike anything that will most likely be released this year.” – Drea

“I was really, really skeptical about Home Street Home. I don’t know why, in hindsight…because I really, really like Home Street Home. Like I said above, one or two of the songs […] seem more than a little bit like NOFX retreads, but maybe that stands to reason. But the bulk of the album is more than solid. Fat Mike and his co-writers Jeff Marx (a Tony Award winner for Avenue Q) and Soma Snakeoil (Fat Mike’s AVN Award-winning girlfriend) are able to cut right to the core of what it means to be a hopeless, disaffected youth with a shitty upbringing.” – jaystone

“The lyrics aren’t always poetic, and they certainly don’t conjure up pleasant imagery, but there’s a beauty in how blunt and confrontational they are. Anti-women rhetoric largely focuses on telling women to “shut up and stay in line”, so when it comes to fighting back the best approach is the direct, in-your-face route.  After all, the band isn’t called Polite Conversations on Women. In times of war there is no time to be passive.” – Bizarro Dustin

“Punk rock has long embraced the emotional assurance of bands like Jawbreaker and the Replacements, to the point that heart-on-the-sleeve punk has become little more than a buzzword. It sounds great, sure, and the imagery it conjures up is of aggressive strums backing open-wound lyrics that cut as much as they stick, but its the rare band that delivers on that promise. Western Settings delivers hard.” –  Dying Scene Records Bandcamp

“We Cool? is like [Bomb the Music Industry!’s] Vacation in a lot of ways, and could perhaps be seen as a continuation. The influences are different, or perhaps a little more dialed in this time around– less an affectation, more organic. It’s pop music viewed from a wonky punk lens that distorts and broadens its scope. There’s still synth and tremolo guitar solos, but the focus is on the fundamental building blocks: the songs. […] A reminder that when you’re being choked by change and suffocated with self, a song can be as good as a tracheotomy.” – Carson Winter

“We Have Clementines is nineteen minutes long with eight songs, occupying an odd purgatory between EP and LP that fits perfectly within the sounds and ethos of punk rock. It feels lame to commend a band on their energy, especially in a genre that takes it as a given, but Fools Rush translate it so well into the muscle and bones of their tunes that it’s hard not to take notice. ” – Carson Winter

“Australian skate punk about dealing with the difficulties of life. What’s not to love?”

“These are blue-collar anthems. Slice-of-life ruminations. Four chords and the truth plugged into an amp. When I call these folk songs for outsiders, I’m not being poetic. Just like everyone else who works a job and scrapes by, holds onto their ethics through the feast and the famine, and sees the light through music– these songs stand on their own legs.” – Carson Winter

“[T]his 12 song record showcases a little bit from most of the different Strung Out eras so most fans of the band are going to lap this up! The material will no doubt come alive on stage and would be well worth seeing performed live. Hats off to Fat Wreck for finally getting this out to us because more Strung Out is better than none!” – Seaniam

“[The Rentiers] is a departure for Joel Tannenbaum. It’s not a fast punk record, and it’s not even really a punk record. It’s a collection of songs he wrote for himself, built up with his friends, and chose to share with us, the way you share a mix tape, or a family recipe.” – Craig Shay

“Teenage Bottlerocket say they strive to make every album like the last one but just a little bit better and while Tales From Wyoming doesn’t quite better 2012′s brilliant Freak Out, it does however stand shoulder to shoulder with it, which is in itself highly commendable.” – mitchattitude

Stabbed in Back – Dasvidaniya (Released March 31)

“Equally aggressive and soulful, with a touch of hard rock swagger, Stabbed In Back bring you twenty-four minutes of fist pumping anthems on this explosive, certain-to-be-a-classic release.” – Dying Scene Records Bandcamp

Break Anchor – Van Down By the River (Released April 7)

“Despite the fact that its title is a reference to a hilarious Chris Farley SNL sketch, Van Down By the River is no joke. Break Anchor seriously rips. It’s like The Suicide Machines were put through a melodic punk /post-hardcore filter.”

“Sisu, is a strong debut album for Darius Koski as a solo act.  It showcases a lot of different styles and influences in the 15 tracks he has put together over the last decade. Fans of the Filthy Thieving Bastards will surely find something to love here, but any fan of country tinged folk punk would likely also enjoy this one.” – The Torchbearer 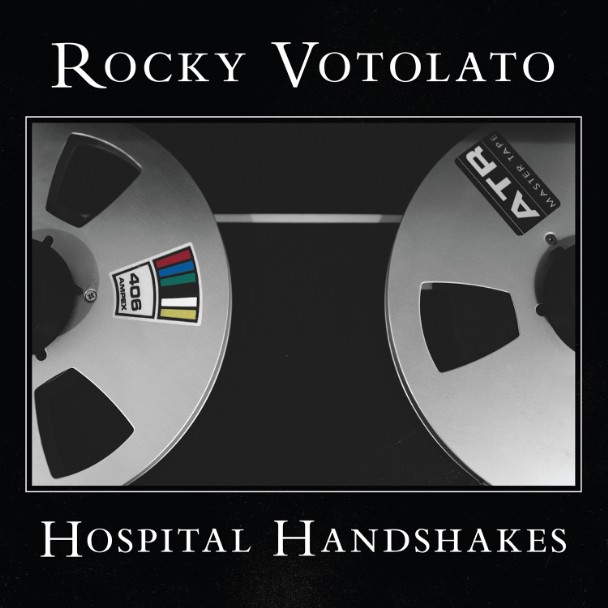 “The result of those floodgates opening again is 2015’s Hospital Handshakes. Votolato’s eighth studio album […] is a departure from his normal work. What he [offers is] eleven tracks filled with deeper soundscapes and more rock guitar than any of his prior works, perhaps collectively.” – jaystone

“If you’re already a fan of Millencolin then simply immerse yourself in a fantastic and true return to form, and if you are new to the band, don’t be too hard on yourself, just enjoy an album from a band truly at their peak. In a way True Brew has been 23 years in the making, and it shows!” – mitchattitude

“Releasing an album that deviates from a previously established sound can be tricky for artists, especially when it comes to playing punk rock (put us into large groups and we’re a fickle bunch, don’t deny it). Luckily for Timeshares, their back discography isn’t very extensive, so releasing an album like Already Dead can’t be seen as changing their sound so much as it should be seen as them defining it.” – Bizarro Dustin

After the Fall – Dedication (Released May 12)

“Dedication sits heavy on the chest no matter how many times you’ve listened to it. For a lot of us, punk rock is all we know, and we know it inside and out. We know the bands, the chords, and the words may as well be tattooed on our tongues. But, we forget that it’s a tool as much as an art. It empowers us with a way to react. Dedication is ten songs of beautiful reaction.” – Carson Winter

“The Secret Fire comes in strong and takes you on a most epic journey before leaving the listener much too soon and desperately seeking more.  Here’s hoping that, like The Hobbit, this is just the beginning of many great adventures to come.” – The Torchbearer

“It’s more garage punk than Napalm Dream; It’s really freaking weird, which is to be expected. It [might] take a few listens to absorb, but it’s wonderful. – Lauren Mills

“It’s cliche to say that it’s not often for a young band to come off this strong and confident on their first album, but in the case of Bad Cop/Bad Cop and Not Sorry it’s the goddamn truth. You better take that seriously.” – Bizarro Dustin

“Jetpack Mailman is Ma Jolie’s latest EP and here they sound heavier and more chaotic. They’re a three piece now and it shows through the album’s streamlined and focused music. […] Post-hardcore has always benefited by letting the bass become a main player rather than just background tones and now that Ma Jolie only have three instruments to their name it’s all the easier to facilitate a give and take– allowing their sound to become tighter but also more unique.” – Carson Winter

Mischief Brew – This Is Not for Children (Released June 22)

“Mischief Brew have always had a certain undeniable swagger to their music. Whether leader Erik Petersen is playing [solo] or with a full band, the rough and ready, yet catchy blue collar anthems consistently provide the soundtrack to a good time.  On This Is Not For Children, the band builds on what they’ve always done so well while also changing things up just enough to keep things fresh and interesting.” – The Torchbearer