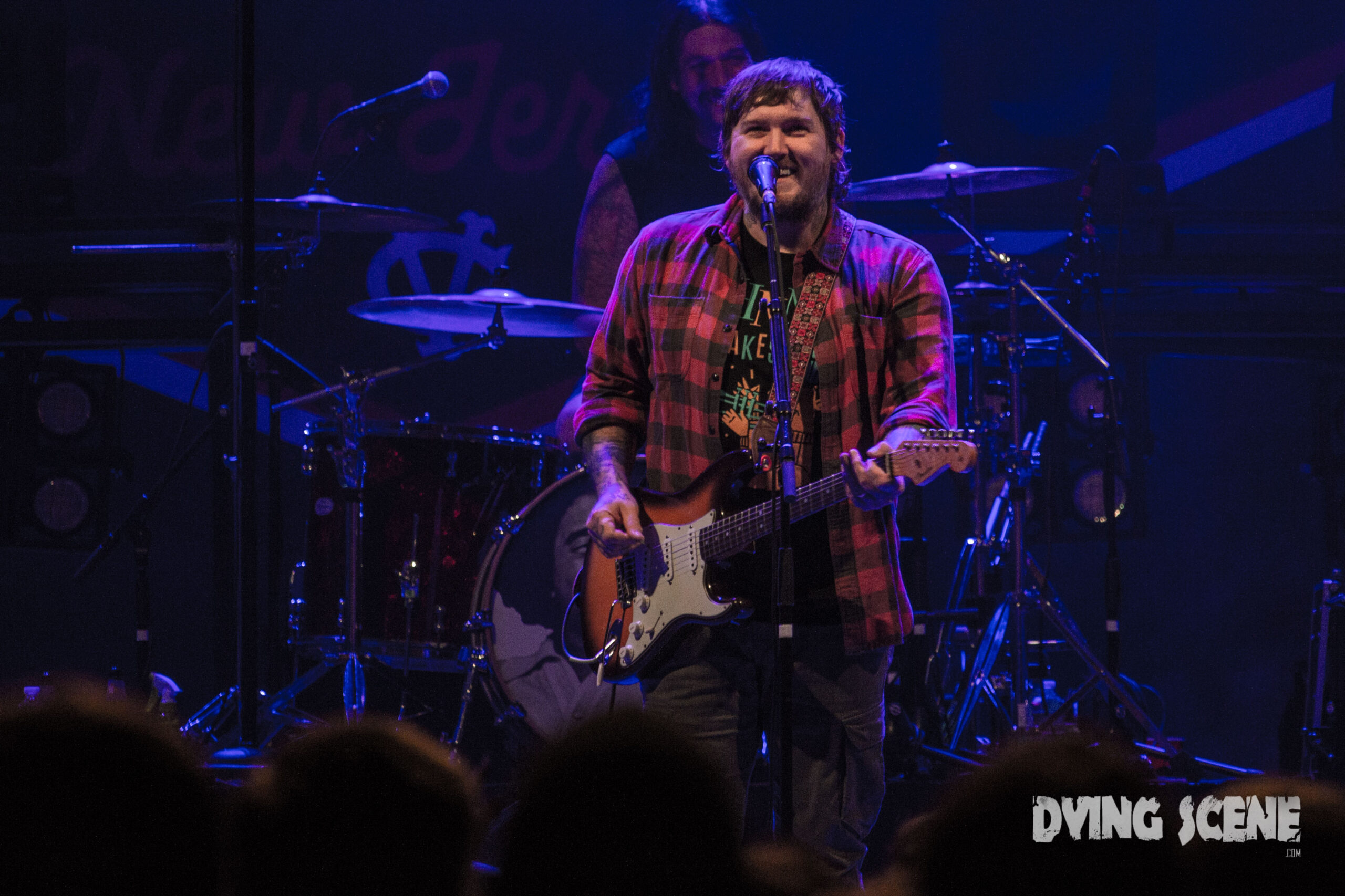 The Gaslight Anthem made their triumphant return to Boston, Massachusetts, last week, on the tail end of their widely anticipated resurrection tour. I know that it might be a bit of a tired journalistic trope to use a phrase like “triumphant return” but I’m nothing if not a tired journalist and the event legitimately felt like nothing less than a triumph. Gaslight’s last stop in the area was their hiatus-interrupting 2018 The ‘59 Sound anniversary show; their last pre-hiatus Boston show was on the Get Hurt tour in September of 2014. Both of those shows happened at House Of Blues, a modern 2200-capacity venue on the iconic Lansdowne Street in the shadows of Fenway Park’s Green Monster. Obvious Red Sox/Yankees bitterness aside, it was the type of venue that Gaslight had settled into somewhat nicely prior to putting the machine on pause for a few years; big enough to demonstrate that they’d long-since outgrown the sweaty basement punk rock clubs of their earlier days, but not so big as to totally lose that feel. So when news of Gaslight’s return to being a full-time working band in 2022 brought with it the announcement that the Boston date wouldn’t be at House Of Blues, yours truly found it a little curious; even more so when it was announced further still that the gig would take place at the brand-new, even-more-modern MGM Concert Hall facility, which, at 5,000 capacity checks in at well more than double the capacity of its across-the-street neighbor House Of Blues (and also shares a common wall with Fenway Park itself).

And so it was that we found ourselves at the massive and pristine if slightly frustrating MGM on a rainy early October Tuesday night while the Red Sox were winding down another wildly underwhelming season mere feet away. The band took the stage to the sounds of the Aerosmith mid-career classic “Crying” and, as they have been for the bulk of the shows on the resurrection tour, the band kicked things off with “Have Mercy,” a b-side from the Get Hurt sessions which has also become a bit of a favorite amongst the diehards in the fanbase. It’s a slow, powerful and atmospheric song which, to me, is a bit of an awesome choice to start a set with and, I think, a sign that the band are genuinely back ‘for good’ and not just ‘for now.’

From there, the remainder of the encoreless nineteen-song set (encores are silly anyway when everyone knows you’re coming back out…) was culled from the band’s four most recent studio albums (2008’s breakout success The ’59 Sound, 2010’s American Slang, 2012’s Handwritten and the 2014 masterpiece Get Hurt). Touring as a six-piece unit with the core foursome being joined by “fifth Beatle” Ian Perkins on guitar and Bryan Haring on keys/backing vocals, the band not only sounded great but also looked like they were enjoying being back in the saddle.

Standouts from the set included a killer rendition of “Old White Lincoln,” massive guitar sounds on “Get Hurt” and “Stay Vicious,” crowd favorites like “The Patient Ferris Wheel” and “Great Expectations,” and a slowed down, melodic take on the normally up-tempo, riff-heavy rocker “Rollin’ and Tumblin’,” making its first setlist appearance since the before times. Standout banter moments included riffs on Batman supremacy (I agree, Brian…Christian Bale is vastly overrated) and Mark Wahlberg and Bring It On (the epic 2000 cheerleading movie, not the Gaslight song of the same name) and Not Another Teen Movie, the Jets sucking for forty-plus years and how much the crew enjoy Boston. The one-two punch of “45” and “The ’59 Sound” brought things to an epic close. It’s really great to have The Gaslight Anthem back on a personal level, but also I think it’s great for the scene.

Support on this leg of the tour came from none other than Jeff Rosenstock. In the interest of full disclosure, because of the aforementioned traffic perfect storm of rain, Red Sox game and, frankly, Boston and because of the chaotic check-in procedure at the new venue – methinks there are some kinks still being worked out – we made it into the actual concert hall in time to shoot a grand total of one song. Together with his longtime Death Rosenstock bandmates John DeDomenici (bass), Kevin Higuchi (drums), Mike Huguenor (guitar) and Dan Potthast (guitar, keys, saxophone), the band ripped through about a dozen uptempo singalongs including “State Line” and “Hey Allison” and of course “We Begged 2 Explode.” The set was well received, inspiring the first of what became a surprising number of over-the-barricade crowd surfers.

Check out a bunch more pictures from both bands at this immensely enjoyable evening in the slideshows below! 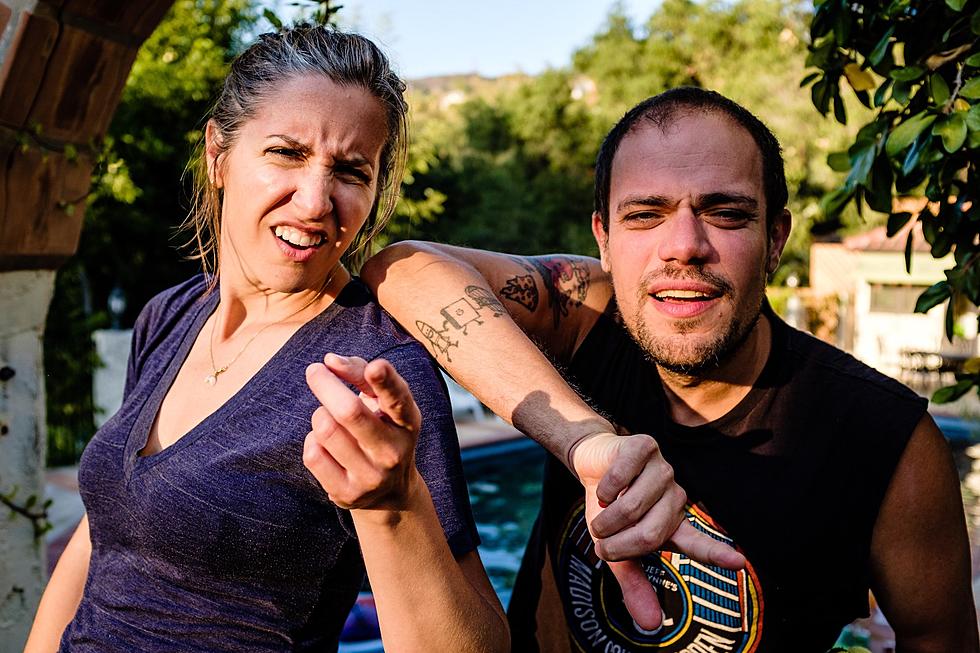 Jeff Rosenstock and Laura Stevenson have released a new EP titled Younger Still. It features the duo’s take on four classic Neil Young songs, and you can check it out below. This is the second EP of the sort these two have collaborated on. Rosenstock and Stevenson previously released Still Young in 2019. 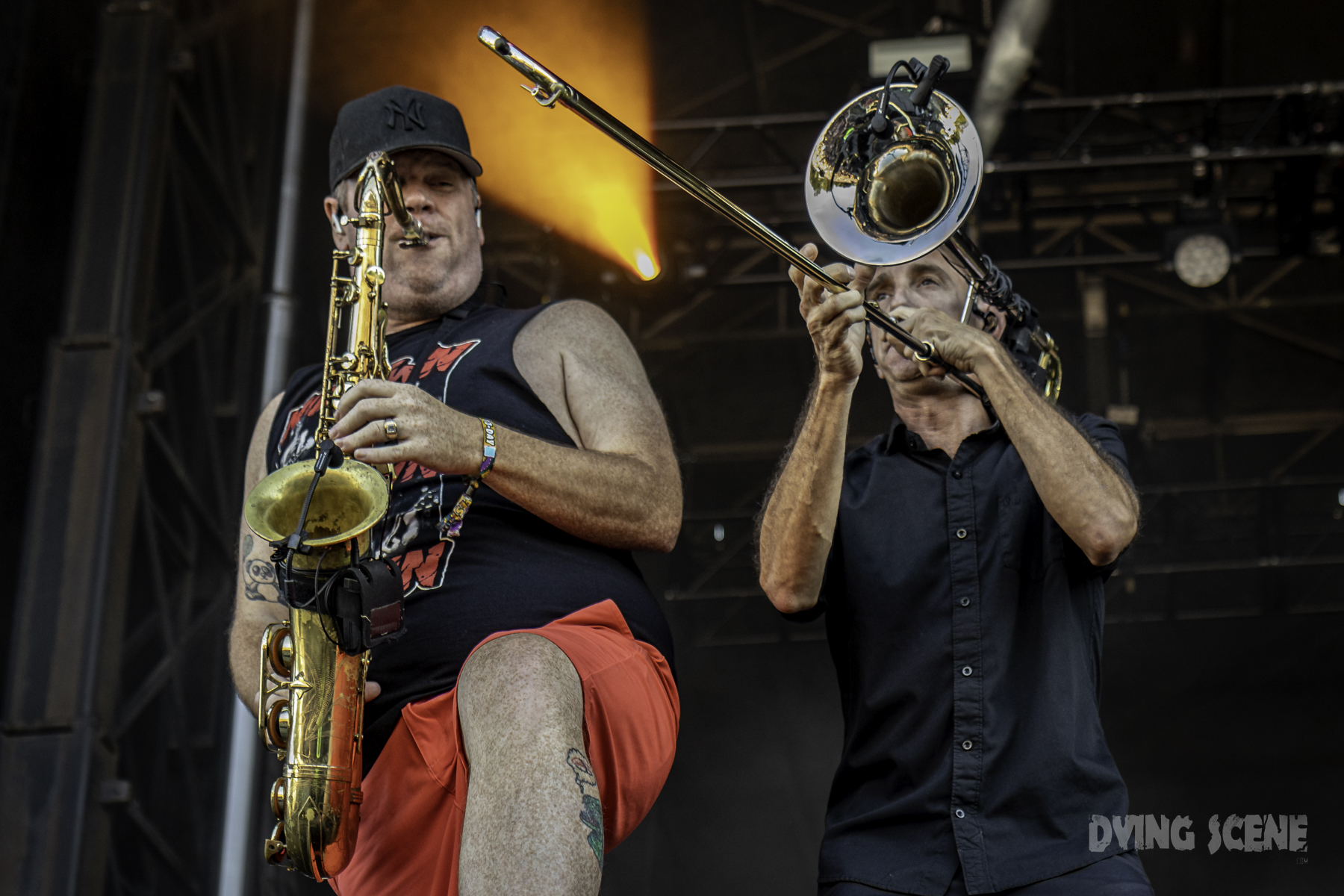 Hello, and welcome to the latest installment of the Dying Scene Record Radar! If it’s your first time joining us, thank you! This is a weekly column where we cover all things punk rock vinyl. So kick off your shoes, pull up a chair, grab a few beers, and break out those wallets, because it’s […] 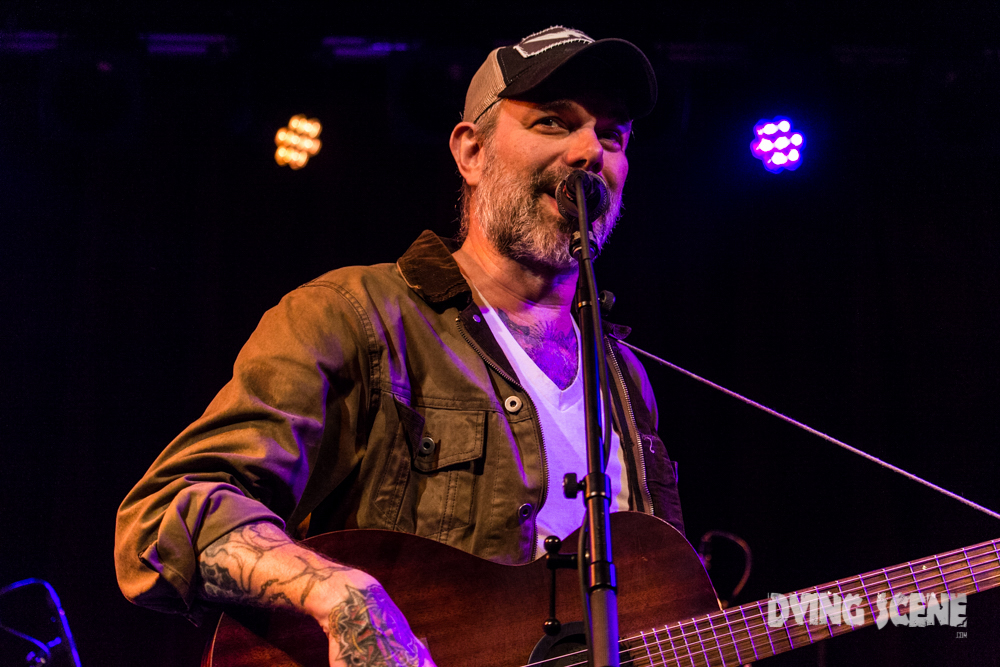 This show was initially slated to take place a few days prior (Thursday the 20th, if you must know) but due to…reasons…the band was forced to cancel a few shows in Hamden, CT, and Buffalo, NY, and Titusville, PA, but thankfully the Boston show was able to be slid from a Thursday to a Sunday […]